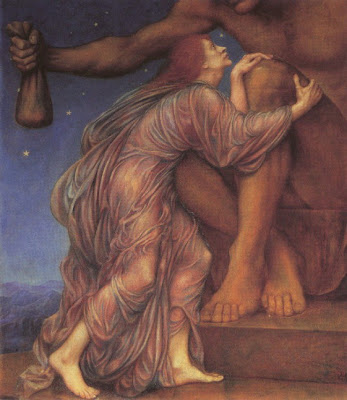 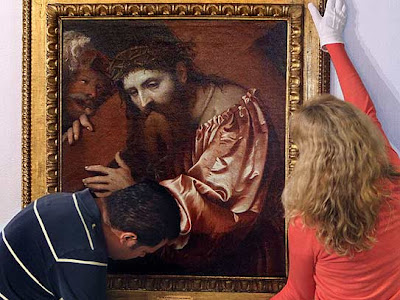 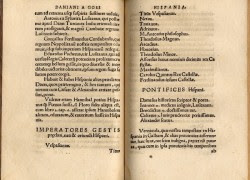 said to be stolen by

MIAMI: US agents Friday seized from a Florida museum an Italian Renaissance painting which officials said was stolen from a Jewish family in France during World War II.

The Girolamo Romano work “Christ Carrying the Cross Dragged by a Rascal”was seized from the Mary Brogan Museum Of Art and Science in Tallahassee, according to Immigrations and Customs Enforcement (ICE).

“The painting was seized through formal legal proceedings, to protect the art until its real ownership is finally confirmed,” an ICE statement said.

The painting, which dates to around 1538 from an artist also known as Il Romanino, depicts Christ, crowned with thorns and wearing a copper-colored silk robe, carrying the cross on his right shoulder while being dragged with a rope by a soldier.

It has been on display at the Mary Brogan Museum of Art and Science since March 18, 2011, and was part of an exhibition of 50 paintings on loan from the Pinacoteca di Brera in Milan, Italy.

A US government complaint says evidence showed the painting is among many works of art and other valuable items taken in a forced sale from the estate of Federico Gentili di Giuseppe.

Gentili died in 1940 in Paris months before the Nazi army invaded France.

Gentili’s grandchildren have taken legal steps internationally to find and reclaim works illegally taken from their family during the Nazi occupation in one of many cases involving looted art from the period.

“Many people know about the massive theft and illegal sale of precious art belonging to Jewish families during World War II. They should also know that today there is an international network of law enforcement agencies working diligently to correct these injustices”

Media reports said the painting was insured for $2.5 million and was purchased in 1998 by the Italian museum.

US Attorney Pamela Marsh said that under US law, the painting cannot be returned to Italy until the ownership disputes are resolved.

“Our interest is strictly to follow the law and safeguard this work until the courts determine rightful ownership,” she said. “Through this process, all rightful claimants may be heard, and we can rest assured that justice will be done for all parties involved in the dispute.”

A large number of valuable items worth £65,000 have been stolen from an antique silver shop.

Now police officers are appealing for witnesss and anyone with information to come forward to help them solve the crime.

Police Constable Dermot Shanahan, of Sherborne Police, said: “I am appealing for anyone who witnessed this burglary or who noticed anything unusual in the area on the morning of October 22 to call police.

“Also, I am especially keen to trace a vehicle – a black large saloon BMW with a possible index of A1 or K1 – which was seen in the area at the time.

“I would also like to speak to anyone who has been offered antique silver in unusual circumstances.”

A 24-year-old man has been arrested and charged in connection with an alleged high-value theft from an art gallery in Edinburgh.

Five paintings worth a total of £8,000 were stolen from the Demarco gallery on Craigcrook Road on 4 July.

Lothian and Borders Police said the artwork had not yet been traced, but their inquiries into the theft were continuing.

The man is due to appear at Edinburgh Sheriff Court later.

Written in 1542 by Portuguese humanist philosopher Damião de Góis (1501-1574), a friend and student of Erasmus, the 30-page book is entitled “Hispania damiani a goes equitis lusitani”.

The book is a description of Spain and Portugal by Damião de Góis an important figure in the Portuguese humanist movement, written to correct errors made by other writers, particularly Sebastian Münster.

It notes, among other things, the products imported from overseas dominions, including the Spanish possessions in the Americas, and Brazil. King Manuel of Portugal’s importation of elephants and rhinoceros is also emphasized.

It was stolen from the stand of specialist Dutch publisher’s “Asher Rare Books” during the Frankfurt Book Fair, police said, confirming a report in the mass-circulation Bild newspaper.

Although the work is valued at 18,500 euros, it could be worth ten times that to a collector, the paper said.

German investigators of Frankfurt have posted a picture of the book cover on the local police website hoping to raise awareness of book traders for the stolen book.

At least two copies of the original edition of the stolen book are housed at the National Library in Lisbon, and the Library of the University of Coimbra.

Born in 1501, Damião de Góis was a leading Portuguese humanist and one of the most critical spirits of his age. He was born of a noble family and spent 10 years of his childhood at the court of King Manuel I. He was appointed to a secretarial post at a Portuguese trading establishment in Antwerp in 1523 by King John III, Manuel’s successor. He carried out a series of diplomatic and commercial missions throughout Europe before resigned in 1533 to devote himself exclusively to writing. Persecuted by the Inquisition, he died under mysterious circumstances in 1574.

A valuable artwork has turned up in the Vienna Dorotheum, Austria, almost 10 years after it was stolen. The porcelain relief of Tsar Peter the Great, which was taken from the Ostankino Estate Museum in Moscow, Russia, arrived in the auction house from an unknown seller in France ready to be sold.

Prior to any auction the catalogue of items can be checked by the Art Loss Register. It was through this process that the Dorotheum became aware of the stolen piece worth over 50,000 Euros. The relief is recorded in the world’s largest database of stolen goods.

According to a statement given to "Wien heute" the Dorotheum removed the art work from the auction immediately, awaiting investigation from the public prosecutor’s office and Interpol. Until a settlement has been reached in the case, the relief will remain with the Dorotheum in Vienna.
Posted by Art Hostage at 9:02 pm