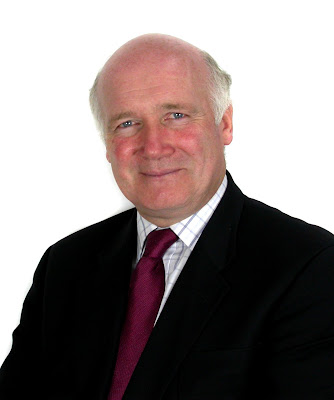 
As a pair of armed robbers bound and gag a security guard to steal dozens of ancient artefacts from the Olympia museum in Greece, Channel 4 News goes hot on the trail of the illicit antiquities trade.

Tricky Dicky Ellis, of
QUINTONS FARM HOUSE
GROVE LANE
ASHFIELD
STOWMARKET
IP146LZ
Fox Who Guards The Hen-House
"It has become an organised crime business," said Richard Ellis. A former Scotland Yard detective who set up the Metropolitan Police's Art and Antiques Squad, the specialist art and antiquities crime investigator has worked on the recovery of some of the world's most famous paintings, including Edvard Munch's The Scream.
But despite receiving far less attention than the more glamorous trade in stolen art, the business of illicit and stolen antiquities is fast rivalling its better-known cousin in terms of cost and scale.
Experts now say that with increasing economic collapse in some of the world's most ancient civilisations, the trade is likely to continue to boom.
Cash incentive
The latest known theft to have taken place only happened this morning, when two armed robbers broke into an Olympia Museum and made off with between 60 to 70 bronze and clay pottery objects. They tied up and gagged the female security guard before using hammers to smash display cases and grab the loot.
That followed the theft last month of a Picasso and a Mondrian from the capital's National Gallery. Today's incident prompted the culture minister, Pavlos Geroulanos, to tender his resignation, amid outcry that the nation's priceless treasures were no longer safe in state hands.
Now, Mr Ellis told Channel 4 News, "the incentive is there to make money in Greece". And they may well begin a life which sees them travel from the poorer hands of the lowly thieves who broke into the museum to reach the lucrative shores of London or New York, and in some cases, find themselves auctioned off for tens of millions of dollars.
"I am sure the current economic situation is Greece is triggering people to become more active," Mr Ellis said. "I would expect these objects are going to get moved. It's a transitional country for other stolen goods, and they can go west or east."
Unknown costs
While experts say it is almost impossible to estimate the true cost of the trade in illicit antiquities, some say costs can vary between $50 million to $1 billion.
According to Mr Ellis, many are looted or excavated by poorer local people looking to make some fast yet small amounts of cash, before being sold on to intermediaries.
The real mark up, he says, comes in the stage after that, after they have been passed on to dealers. From here they can end up in auction houses or with private collectors, having changed hands for millions of dollars.
In some cases, Mr Ellis said, collectors are aware they are trading in illegal goods, despite a rise in 'due dilligence' to establish the provenance of items.
For other experts, it is no surprise that it is Egypt and Greece which have seen high-profile cases of antiquities theft.
Ancient civilisations
Christos Tsirongiannis, a researcher in illicit antiquities and repatriation cases at Cambridge University, and a former archeologist with the Greek police squad, told Channel 4 News: "All the countries that are in decline, with financial problems, and yet hosted ancient civilisations, such as Greece, Italy and Egypt - they are going to see big problems.
"In Greece, this is connected with the financial situation. We will have more of such things coming up in the next few months.
"The people who stole this are uneducated people with no money, who are not aware it will be difficult to give these objects to the market as they are recorded, and there are pictures of them.
"They do it for money, but they are not aware it will be really difficult to get rid of them."
It may be the case that some of them end up in refrigeration trucks transporting food in order to be smuggled across borders, through Turkey and the former Yugoslavia, before reaching Europe where they are likely to fetch up a higher price.
Another popular route for other goods illegally seized or excavated from Asia, Mr Tsirongiannis said, is aboard ships to Italy. From there they may make their way to Switzerland, and from there, he said, they may be laundered in auctions in London and New York before being sold to private museums and collectors.
Investigators are still working to establish the value of the theft - the second case of high-value art robbery to take place from a Greek museum this year.
'Incalculable value'
Thymios Kotzias, the mayor of Olympia, told Greek radio that the stolen items were of "incalculable" value.
Police set up roadblocks around the museum following the incident. A police statement said: "According to the results of the investigation so far, unknown persons, this morning at about 7.34am, immobilised the guard of the museum and removed bronze and clay from the displays, as well as a gold ring."
The museum, which is around 200 miles west of Athens, is next to the site where the ancient Olympics were held. It holds some of Greece's most prized antiquities including many connected to the original games.
Art Hostage Comments:

Vassilis Paleokostas In The Shadows

As a direct result of this, thieves across Europe and beyond now think if they can get high profile, high value, Headache art to Serbia they will be able to make successful ransom demands from the likes of Dick Ellis, Mark Dalrymple The Art Loss Register etc.

So, Dick Ellis your words are prophetic:
Mr Ellis told Channel 4 News, "the incentive is there to make money in Greece"

Yes, and the incentives are there for you and other ex-Law Enforcement officers to make "Blood Money" recovering these stolen artworks and charging huge amounts to insurance companies and victims, whilst directing ransom payments towards those who handle these stolen artworks.

The world of stolen art is a small incestuous one from both sides of the divide. Those who engage in stealing art and those who try to recover stolen art engage in a revolving door of payments that encourages further art related crime.
Posted by Art Hostage at 2:47 pm