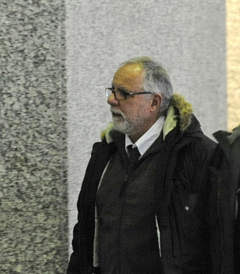 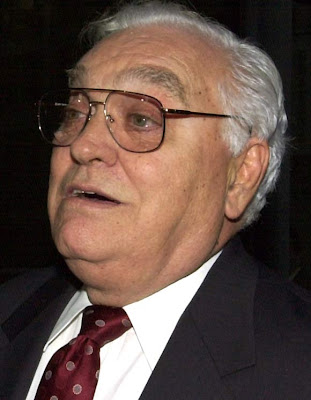 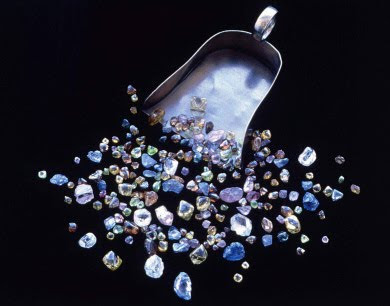 About $500,000 worth of jewelry was stolen from a Lincoln Park store in a heist that sounds more like a Hollywood script than a Chicago police report.

The manager of the Steve Quick jewelry store, Dana O'Sullivan said when she showed up to work Wednesday morning, she found a big hole in the back of the store’s safe, about 4-by-4 inches large.

The two-ton safe is called a TL-30 because it's supposed to take even the most saavy burglar 30 mintues to crack.

"Everything was fine until I opened the door and saw there was dust everywhere. I thought the ceiling had fallen in. I couldn't figure out what was happening. I looked around the corner and saw the hole," O’Sullivan said.

Steve Quick, who has owned the business for 25 years, says there's a good chance this was some kind of inside job.

“They knew what they were doing and what's got us spooked is that circumvented our security system, which is state of the art, or they had some sort of information," Quick said.

On Tuesday night, the burglars apparently broke into the sushi restaurant next door first. They busted through the wall at the exact location where they could reach the safe, which is back in the small office right next to where Steve Quick kept his desk.

"So they were able to stay under my desk, tunnel under, and if you go in back, you can see the hole in the bottom of the safe," Quick said.

Where the burglars came in is the only spot in the entire store, not covered by the motion detectors, or the surveillance cameras, Quick said. They fixed that problem immediately.

After cutting into the safe, the burglars had access to its bottom shelves.

"And then these were some of the storage containers we used to keep the gems in, and they were able to crush these and pull them out through that small hole, all of them containing gems, there was a gem collection that we've been collecting for 25 years, so it's a pretty devastating loss," Quick said.

Fortunately, Quick says, they are fully insured and nothing belonging to any customers was stolen.

"Everything is accounted for, the only things that are missing belonged to us," Quick said.

Today the staff is busy cleaning and taking a full inventory of the merchandise. Quick says as upset as he is, it's part of being in the jewelry business.

"We've had armed robberies, we do everything we can, we take security very seriously, but there are people out there, and once in a while they succeed," he said.

Chicago police have made no arrests in the case.

William Hanhardt, once a legendary Chicago cop who rose to deputy superintendent only to fall from grace with his conviction as the head of a crafty crew of mob-connected jewel thieves, was released from custody Friday Jan 13th 2012 after completing a 12-year sentence, his lawyer confirmed.

Hanhardt, 83, has been confined at his home since his release from a halfway house on Chicago's Near West Side in late September. He served the bulk of his time at a federal prison in Terre Haute, Ind. In all, he served more than 10 years in custody.

"Mr. Hanhardt served his full sentence and did so without incident, and is simply seeking to spend whatever is left of the remainder of his life quietly with his family," said his attorney, Jeffrey Steinback.

Hanhardt, a former Chicago police chief of detectives, pleaded guilty in 2001 in federal court in Chicago to running a ring that used stealth and cunning to stalk jewelry salesmen across the country and steal more than $5 million in diamonds and gems over 20 years.

“The Monk,” once again, is being separated from society.

And he’s not heading to a monastery.

Mobbed-up, high-line thief Joseph Jerry “The Monk” Scalise, who is in his mid- 70s, faces about nine years behind bars after he pleaded guilty Wednesday on the eve of trial to racketeering and other crimes. He and two geriatric colleagues planned to rob an armored car in front of a west suburban bank as well as the fortress-like home of a brutal dead Chicago mob boss, authorities say.

Both crimes had twists out of the kind of Hollywood movies that Scalise used to consult on — as an expert on the criminal life.

The armored car the men targeted but never robbed was owned by a company whose president is J.R. Davis, who by coincidence is chairman of the Chicago Crime Commission. The commission has a thick file on Scalise, who has long been a suspect in Outfit murders, but never charged.

And the Bridgeport house Scalise and his pals were planning on robbing?

There were no riches hidden inside, despite the hopes of the three men.

One Scalise colleague, Robert “Bobby” Pullia, 70, pleaded guilty too on Thursday, and faces about 9 years as well.

The other, Arthur “The Genius” Rachel, 73, is heading to trial before U.S. District Judge Harry Leinenweber Thursday morning.

The FBI secreted a listening device in Scalise’s van and captured hours of conversations between the men as they plotted robbing the armored car outside a LaGrange bank and breaking into the house of the late Outfit boss, Angelo “The Hook” LaPietra, authorities said.

Scalise gained notoriety in 1980 when he and Rachel were arrested for stealing the 45-carat Marlborough Diamond and other jewelry from a London store, which was never recovered,

When asked if he thought the Marlborough Diamond would ever be found, Scalise quipped, “If Lloyd’s (of London) wanted to pay enough money, maybe they could.”

Scalise said the decision to plead guilty was difficult.

“Nobody likes to go to jail. Let’s be realistic.”

“It would have been an interesting trial,” he said.