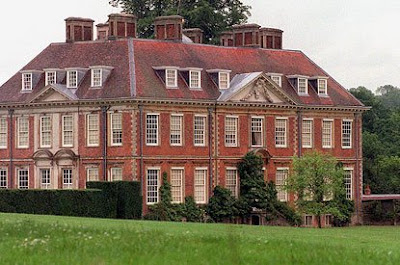 The raid took place in February 2006 when the burglars negotiated sophisticated security systems to break in through a ground-floor window and left the scene in two vehicles with their substantial haul.

Detectives from five police forces took part in the investigation. Two months later items from the haul were discovered in black bin bags in an underground bunker in a field near Stratford-upon-Avon.

The items – some of them damaged – amounted to one third of the items taken at Ramsbury but represented only a small fraction of the total value.

Members of the Johnson family, who were based at a caravan park in Evesham, Worcestershire, were convicted for multiple raids on stately homes in the South of England, including that at Ramsbury, in January 2008.

Although a few items stolen during the Johnsons' spree have emerged at provincial auctions and been subsequently withdrawn from sales, art and antiques valued at tens of millions of pounds still remain at large.

Some pieces represent relatively recent acquisitions but others had been acquired as long ago as the 1960s when Mr Hyams, a self-made millionaire by his 20s, first began to buy outstanding antiques.

Images of well over 100 items formally identified as stolen from Ramsbury can be viewed from the link below: