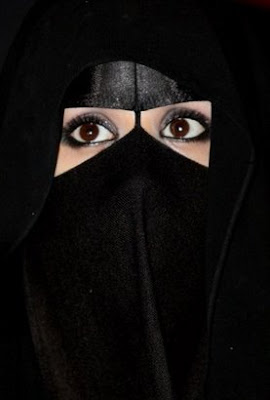 Saudi princess robbed in Sardinia
http://news.bbc.co.uk/1/hi/world/europe/8192233.stm
Italian police are investigating the theft of some $16m (£10m) in cash and jewellery from a Saudi princess staying on the Italian island of Sardinia.

The thieves used a master key to gain entry to her luxury hotel suite in Porto Cervo before ripping a safe from the wall, Italian media reports say.

They said the safe was only fixed with silicon to the wall in the suite.

Officials have not named the princess but say Italian and Saudi diplomats have had talks about the incident.

"The thieves used a master key. In 10 minutes at dinner time, without making any noise, they managed to remove the safe from a suite occupied by the Saudi princess," Italy's La Stampa newspaper reported.

The hotel is located in one of the most chic resort areas on the Italian island.
Update:
-
It is the biggest heist from Saudi royalty since Kriangkrai Techamong, a Thai worker stole a fabled blue diamond and a 90kg bag of other jewellery from the wife of the future king of the country.
-
Sardinia is a large island belonging to Italy, and about 200km off the west coast of the country. It has many luxury resorts, and Premier Silvio Berlusconi owns property on the island.
-
"The thieves used a master key. In 10 minutes at dinner time, without making any noise, they managed to remove the safe from a suite occupied by the Saudi princess," who was not named, the daily La Stampa reported.
-
The safe was only fixed with silicon to the wall into which it was embedded, it said.
According to the daily La Repubblica, the burglary sparked a diplomatic incident.
-
"A military official from the Saudi embassy arrived in Sardinia and the Italian secret services and diplomats from both countries have been involved."
-
A Moroccan businessman also had his room burgled in another luxury hotel on the Costa Smeralda, the most chic resort area on the island, where Prime Minister Silvio Berlusconi also owns a luxury villa.
-
Using a similar technique, thieves pulled the safe out of the wall and got away with around 150,000 euros worth of jewels and money.
-
Both burglaries were carried out this week. The two hotels belong to the same chain, Iti Hotels.
-
Investigators suspect they were the work of an expert gang, probably from abroad, helped by someone with inside knowledge, who had worked in both establishments.
-
A third burglary was carried out in a hotel in Portofino, on Italy's northwest coast, where a German businessman had the safe stolen from his room, containing a million euros worth of
jewellery and 3,000 in cash, according to Il Corriere della Sera.
-
Art Hostage Comments:
-
One thing's for sure, the thieves smoke smuggled cigarettes !!!
Posted by Art Hostage at 6:59 pm