Stolen Art Watch, The Enemy Within !! 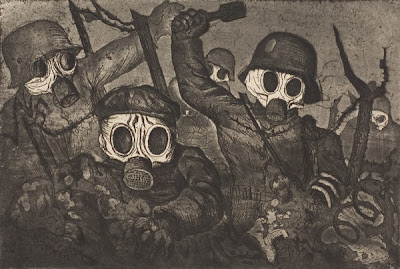 BERLIN (AFP) - German police said Monday they had recovered dozens of stolen artworks by European masters valued at around 1.6 million euros ($2.3 million) with the help of the married couple behind the scam.

Authorities in Waldshut, southwestern Germany said the pair had confessed to taking 93 paintings and sketches by Pablo Picasso, Wassily Kandinsky, Otto Dix, Max Beckmann and others from an 81-year-old collector friend over the course of several months.

"About a year ago, the collector realised that two valuable paintings, which had just been returned from an exhibition in (nearby) Karlsruhe, were missing," police said in a statement.

A subsequent examination of his collection, which he kept in his home on the outskirts of the Black Forest, showed that dozens had disappeared.

"The police were faced with a mystery as to how the pictures could have vanished, as there was no trace of a break-in at the home," the statement said.

They determined that the culprits were probably known to the victim and zeroed in on a couple in the western city of Cologne.

"An investigation revealed suspicious bank account activity by the Ukrainian-born wife, who had been a friend of the collector's for a few years and occasionally spent the night at his home," she said.

It also revealed the woman, 45, had repeatedly lied to the collector.

The growing suspicion prompted a search of her apartment in Cologne. While none of the artworks were found there, police did encounter her purportedly estranged husband, a 63-year-old art dealer.

The couple had sold the paintings to mostly unwitting wealthy patrons throughout Germany.

The two were detained in March and offered a full confession, leading to the recovery in the meantime of 65 of the 93 works, valued at around 1.6 million euros. The victim has since sold his collection.

A police spokesman told AFP that Waldhut's small force had never seen a theft of this magnitude and waited to reveal it to the press until the investigation was wrapped up and passed on to state prosecutors.