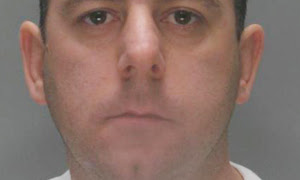 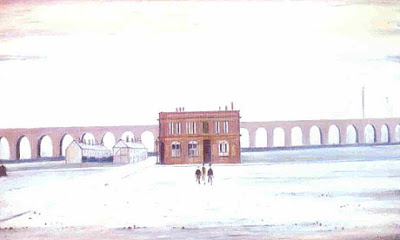 THE “head” of an organised gang who shipped up to £500,000 of drugs around the country was put behind bars.

John Shields, 37, was the mastermind of the plot which saw heroin and cocaine being delivered to the North-East and Norfolk.

The operation was run from his garage in Norris Green, where a hydraulic press was used to compress the drugs before they were packaged and delivered around the UK.

Judge Brian Lewis jailed six of Shields’ gang last Friday – including pensioner and “facilitator” Brian Barrett, 72, who had previously lectured kids on the perils of getting into drugs.

He sent Shields to join them behind bars for the next six years and eight months. Jailing him, Judge Lewis said: “You are a parent. You have two children, Thanks for the Lowry recovery, so six instead of sixteen"

“Remember this John Shields, a few years down the line, if it is your child who is drawn off the straight and narrow by some sleazy, greedy drug dealer you will feel, no doubt, aggrieved. But you will have to remember you have played your part in delivering this poison into the hands of other people’s children.” "Having said that, the recovery of Lowry's worth £2 million does allow you a softer pillow to lay your head upon and a quicker route to an Open Jail"

Judge Lewis added that he needed to dish out a sentence that would deter others and “reassure the public, who demand that drug dealers are punished and taken off their streets.”

Shields, of Twigden Close, Fazakerley, admitted conspiracy to supply heroin, cocaine, amphetamine and cannabis. Shields and his gang were eventually snared after months of secret surveillance as part of Operation Harahan.

Simon Christie, prosecuting, told the court: “John Shields was the head of an organised gang that was involved in the distribution of controlled drugs across the country from a base in Liverpool.”

Shields was watched by officers repeatedly visiting the homes of his co-conspirators and when those houses were searched wholesale loads of drugs were uncovered.

Shields and Barrett, of Albany Road, Walton, were also spotted working the press at his garage on Charnock Drive. When it was seized and examined a few days later it tested positive for cocaine and heroin.

But Michael Bagley, defending, said that while the prosecution claimed Shields was the “head” of the gang, he said his client was only “associated with those involved in drugs”. He said it was clear Shields was involved in the dilution of some drugs that came to his business premises, but said beyond that it was unclear he was the head.

The barrister added that Shields was an intelligent businessman and dad who ran a properly functioning garage, but was “sucked into the drugs world” by others rather than because of his own initiative.

He added: “He is somebody that overall one would not expect to find himself in this position.”

Mr Bagley said that his behaviour was “very much out of character” and the court would not see him again.