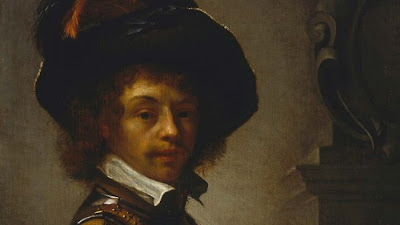 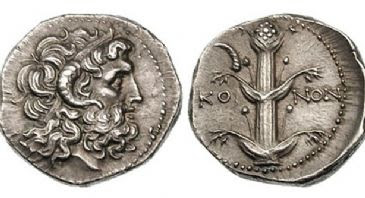 IN 2007, Art Gallery of NSW director Edmund Capon said he had an intuition that he would never again see a tiny, 350-year-old Dutch masterpiece, which was stolen from the gallery on a winter's day that year.

So far, he's been proven right.

A Cavalier, by Dutch artist Frans van Mieris, valued at $1 million, is on the FBI's Top 10 list of art crimes.

One man who always keeps an eye out for news of the missing painting is New York scholar and art dealer Otto Naumann, who is regarded as the world expert on van Mieris paintings.

Sadly, says Mr Naumann, the chances of some Dr No figure selfishly caring for A Cavalier in some climate-controlled shagpile penthouse are almost non-existent.

The reality is there's a 50-50 chance the painting has been destroyed. Mr Naumann says there is no single documented case of a wealthy individual commissioning an art theft.

"It's not human psyche to have something that important and not tell anybody," he says. "We make it up because it sounds like a nice story."

Australia's biggest art heist involved one very small painting, just 16cm x 20cm, which was apparently removed from a wall with a Philips head screwdriver on a Sunday morning, when the gallery was full of people.

That part of the gallery had no CCTV and its disappearance remains a mystery.

"You could just put it in your pocket," says Mr Naumann, who had seen the painting numerous times, including in the Sydney gallery and in London before it was bought by James Fairfax, who donated it to the gallery.

Mr Naumann believes if the painting still exists, chances are it will come to his attention because someone may need his expertise to assess its authenticity.

A priceless collection of nearly 8,000 ancient gold, silver and bronze coins much of which dates from the time of Alexander the Great, was stolen by robbers who broke into a bank vault in the Libyan city of Benghazi.

Robbers reportedly made off with the priceless Treasure of Benghazi after drilling through a concrete ceiling into an underground vault at the National Commercial Bank of Benghazi where the collection had been kept, waiting for the opening of a museum that was never built.. The raid has been described by an expert as 'one of the greatest thefts in archeological history.'

The treasure included more than 10,000 pieces, with 7,700 coins dating back to Greek, Roman, Byzantine and early Islamic times, several artefacts, including monuments and figurines of bronze, glass and ivory, as well as jewellery, bracelets, anklets, necklaces, earrings, precious stones, rings, gold armbands and medallions, are also believed to have been stolen by the thieves. Most had been discovered during the Italian occupation of Libya and were taken out of the country.

Dr Saleh Algab, the chairman of the Tripoli Museum, has said that the coins were never photographed or documented and seemed to have been forgotten. He added that although not the only collection of ancient coins in Libya, they were a hugely valuable representation of the mosaic of Libyan history

Whilst the break-in was initially believed to have been part of the uprising against Muammar Al Qathafi early in the conflict that managed to overthrow the former dictator, Fadel al-Hasi, Libya's acting minister for antiquities, told the BBC there were suspicions the robbery could have been an inside job. The bank's employees have been questioned several times.

Hafed Walada, a Libyan archeologist working at King's College London seems to agree with the theory that it might have been “an inside job”, adding that it appears to have been carried out by people who knew what they were looking for.'

He went on to say that the treasure had been there for many years, and not many people knew about it. The robbers even ignored cash that was in the vault. They just concentrated on the ancient treasures, leaving items of lesser value untouched. He said that in terms of Libya’s historical heritage, “this was a major theft.”

Most of the Benghazi treasures had been on Libyan soil following a mass recovery of the collection between 1917 and 1922 from the temple of Artemis, in Cyrene - an ancient Roman city, now Libyan territory and otherwise known as Shahat.

During the Second World War, much of the treasure was on display at the Museum of Italian Africa in Rome, but eventually returned to Libyan soil in 1961 and was kept at the bank.

UNESCO chief Irina Bokova described the theft as a "disaster", while Italian archeologist, Serenella Ensoli, from the Second University of Naples insisted the treasure was priceless given its historical value. She has been reported saying that the collection is not well studied and is a huge loss for Libyan heritage.

Mr al-Hasi alerted Interpol about the theft that took place in March, in July. He said international antiquities markets were being monitored. Libya's National Transitional Council is believed to have kept it quiet perhaps for fear it could tarnish the uprising's image in the fight to oust Muammar Al Qathafi from power.

Details of the robbery emerged at a conference held by the United Nations Educational Scientific and Cultural Organisation, or UNESCO, held in Paris last week.

Metal storage cupboards at the National Commercial Bank of Benghazi were smashed open and the red wax seals on the wooden trunks housing the collection were broken after the gang drilled through a concrete ceiling.

Since the robbery, ancient gold coins have turned up repeatedly in Benghazi's gold market, and early leads had initially pointed to neighbouring Egypt, where a farmer was caught with a three-inch high gold figurine and 503 coins which may have come from the collection and that he had been attempting attempted to smuggle through the port city of Alexandria,

UNESCO has now warned art dealers and police forces around the world to look out for pieces from the Treasure of Benghazi.
Posted by Art Hostage at 12:59 pm