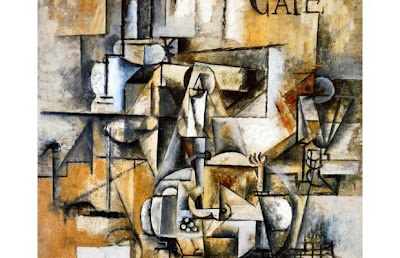 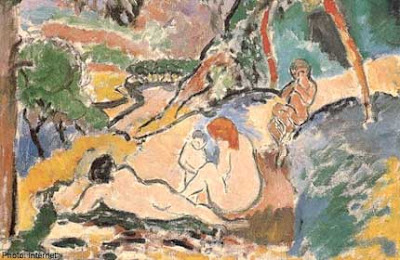 PARIS - Three people are being held in connection with the theft of paintings worth at least 100 million US dollars (S$130 million) from a Paris gallery last year, but the works are still missing, a legal official said Saturday.

The three, a woman suspected of taking part in the theft and two people suspected of handling stolen goods, were arrested and charged over the robbery of the five paintings, by Henri Matisse, Pablo Picasso, Georges Braque, Ferdinand Leger and Amedeo Modigliani, and placed in custody on September 16, the official said.

A lone burglar sheared off a gate padlock and broke a window to get into the city-run Musee d'Art Moderne in the brazen operation during the night of May 19 last year.

The paintings were found to be missing just as the museum, a major tourist attraction near the Eiffel Tower, was about to open.

Paris mayor Bertrand Delanoe later said one of the museum's alarms had been "partly malfunctioning" since the end of March, and that it was still awaiting repair when the thieves struck.

The stolen Picasso alone - the cubist "Dove with Green Peas," which the Spanish artist created in 1912 - is worth some 25 million euros (S$44 million), according to the mayor's deputy for culture, Christophe Girard.

The others were French contemporary Matisse's "Pastoral" from 1905, Braque's "Olive Tree near Estaque", Modigliani's "Woman with a Fan" and Leger's "Still Life with Candlestick".

City hall put the total value of the haul at 100 million euros, but some experts said they were worth twice that, while admitting they were totally unsaleable openly. Girard said the thief managed to slip past three nightwatchmen on duty.

"To get into the museum so fast by disassembling a window, choose five specific works and then slip out unnoticed by the guards, that is quite impressive," he said.

Three men are being formally investigated over the theft of five famous paintings by artists including Pablo Picasso and Henri Matisse from a French museum, the Paris prosecutor’s office said on Saturday, in a heist worth $130 million.

The artworks, stolen from Paris’s Museum of Modern Art 18 months ago after the alarm system failed to trigger, have still not been recovered, said an official from the prosecutor’s office.

Picasso’s cubist Dove With Green Peas, one of the snatched paintings, was worth $28 million, according to estimates given by the museum at the time of the heist.

The three men were arrested on Sept. 16 and will be detained in jail pending the formal investigation. One of the men is suspected of taking part in the theft and the other two of handling the stolen goods.

A special unit of the interior ministry, the BRB, is in charge of the investigation.

BRB knew who was involved and one of those arrested has revealed they handled the Paris paintings and held them for a short time post theft.

Also, it transpires one of those arrested has said they acted on orders from **** who I won't name at this stage.

The inside info was the key to the Paris theft and as Art Hostage said at the time, the South Suburbs of Paris was a key factor as well.