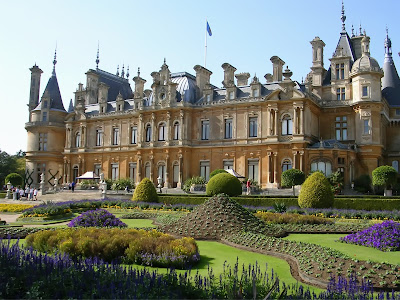 Rothschild Gold Boxes, The Only Way Is Essex

Seems the Gold Boxes taken from Waddesdon Manor are back in play and all roads seem to lead to the Essex Traveller Community.

Allegedly, Mr Sheridan has stepped forward as a proxy to deliver the goods and perhaps Charlie Hill might be back in the limelight.

Lord Rothschild/Insurers offered a reward of £50,000 for the safe return of his gold boxes, subject to specific conditions, and one wonders if that is the basis of the current efforts.
http://www.waddesdon.org.uk/plan_your_visit/gold_boxes_stolen.htm

However, if Mr Sheridan gains useful employment from Lord Rothschild, via an employment contract, he may negotiate his own fee based upon the recovery of the gold boxes. This would not be illegal according to Marshal Ronald, the acquitted lawyer on the Da Vinci Madonna case.

Marshall Ronald had this to say about Buying back ones own stolen property:

The Buyback Explained By Marshall Ronald

"Lets spell out in clear terms the truth behind buybacks.

The insurance industry would have you believe that buybacks are unlawful and that the owner and those involved in the buyback become susceptible to arrest.

Dick Ellis and Mark Dalrymple would have you believe that you could be charged with conspiracy to launder money.

The insurance industry has a valid concern that they do not wish to encourage thieves to steal art simply to claim the rewards offered. That is a matter of public policy the public policy of protecting the interests of insurers.

Rewards are in the gift of the insurers and they are notoriously secretive of what they actually pay out as opposed to what they advertise as the offer of the reward prefaced with the clause subject to the usual conditions, which is basically a get out clause to make payment, shall we say, somewhat difficult.

Insurance companies are spectacularly disinterested in whether the artwork is returned or not which is in sharp contrast to that of the original owner of the artwork. The loss adjuster is appointed to protect their interests however their track record of recovery is poor.

The private sector has specialist companies often headed up by ex police officers and they work with the like of the Art Loss Register to see whether the art work surfaces. Mark Dalrymple, Dick Ellis and Julian Radcliffe are all prominent players.

The owner of the artwork is whoever has legal title and they are the people who can enter into commercial arrangements for the safe recovery of the artwork. The owner is sovereign and can deal with anyone of their choosing including if they so choose the original thieves. It is not an offence for an owner to enter into a commercial arrangement to recover or procure the return of their own property.

The owners are governed by private law and the state is governed by public law. If the owner wishes to enter a private arrangement to recover property then that is an end to the matter. Owners are not paid for law enforcement and if they elect to act privately they can do so with impunity. There is a big difference between advertising a reward and entering into a private treaty."