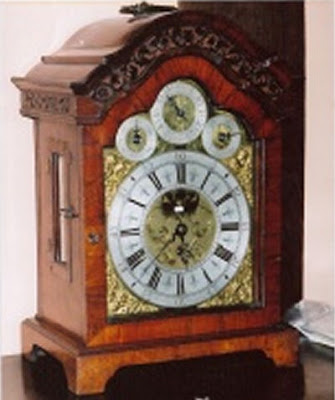 
Police investigating a burglary at a Shropshire stately home in which property worth thousands of pounds was stolen, have issued pictures of some of the more unusual items.

Paintings, antique furniture and fine wines were among the hoard of valuables stolen from the home earlier this month.

The address has not been disclosed for security reasons but police investigating the raid believe the offenders could be traced through some of the distinctive items stolen.

They have released pictures of three paintings and a mantle clock in the hope they will be identified.

Detective Constable Dave Bettison, the investigating officer, said: “I am appealing for information from fine art galleries and others who may be approached and offered these items for sale.

“Anyone with information about the burglary or the whereabouts of any of the stolen goods, should contact Shrewsbury police station on 0300 333 3000.”

Photographs released by the police are of a Zoetelief Tromp 8in by 10in painting of a Breton fisherman with his children; a signed watercolour by the artist Albert Neuhuys measuring 18in by 12in of a woman reading a letter; a landscape painting by Adrian Van der Velde showing cattle, sheep and a carousing couple beside a rustic cottage measuring 9in by 16in; and 19-inch tall mantle clock.

DC Bettison said the owner was still in the process of working out the full value of stolen property, but it ran into many thousands of pounds.

The burglars also stole more than 100 bottles of fine wines from the cellar, including Carpentier champagne, Nicolas Feuillatte Brut champagne, 2004 Marcarini Brunate Barolo and Bird in the Hand shiraz.

It’s thought that at least one vehicle was used to load the haul. The burglary happened between 11pm on October 3 and 6am the following day with entry gained through a ground floor window.