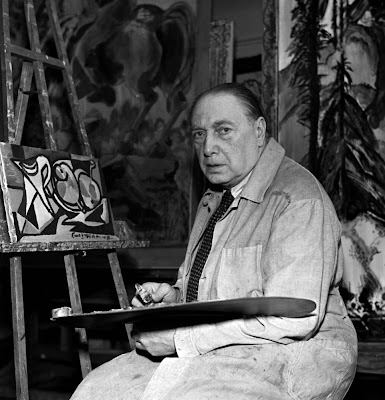 PRAGUE — Czech police say they have found four valuable paintings by Czech cubist artist Emil Filla that were stolen last month from a northwestern gallery, and six suspects have been arrested in the case.

The paintings — "Still Life With a Fruit Basket and Clarinet," ''Woman with Picture Cards," ''Still Life with a Fruit Bowl" and "Blind Man" — were stolen Nov. 18 from the Peruc Chateau, which hosts a permanent exhibition of Filla's work.

Filla painted the pieces after the World War II when he spent several years at the place. He died in 1953.

The owners estimate their value at tens of millions of koruna (several million dollars).