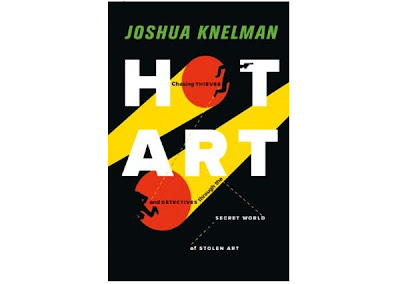 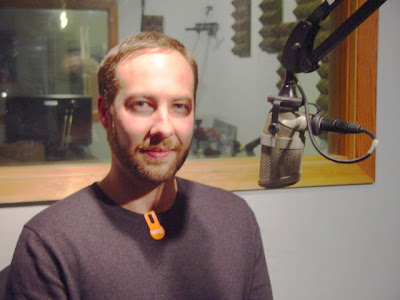 Hot Art: Chasing Thieves and Detectives through the Secret World of Stolen Art creeps up on you. Wickedly entertaining, it turns out to be informative, unexpected and far more thought-provoking than its cheeky 007-ish cover would suggest. Joshua Knelman’s in-depth investigation of the international trade in stolen art may read like a TV crime novel, but it delves deeper than that, deftly allowing art theft to serve as an extended metaphor for exploitive, unregulated, free-for-all global capitalism.

The art world is, of course, notoriously rarified and insular to the point of secrecy. It trades in expensive objects of uncertain provenance that pass through many hands and cross international borders. Dealers need not reveal their sources or publicize what they have stashed away in the backroom; many deal from home. Gallery transactions, auction bidding, donations to public institutions in exchange for juicy tax writeoffs: all can be carried out in tasteful anonymity. As international Art Loss Register founder Julian Radcliffe tells Knelman, “the art trade is the least regulated and least transparent activity in the commercial world.”

In order to pry out the real story of stolen art, Knelman spent seven years travelling the world interviewing a veritable who’s who of art theft insiders, including victimized museum directors and gallery owners, the Getty Center’s director of security, the U.S. marine who spearheaded a vain effort to prevent the looting of the Iraqi National Museum, the handful of full-time art theft detectives who work for Scotland Yard, the Los Angeles Police Department, the FBI and la Sûreté du Québec, and art thieves themselves—most notably, the book’s articulate central character “Paul Hendry.”

Paul is a British “knocker” who charms his way into the homes of lonely upper middle class British seniors by offering to buy their trinkets and junk. Once inside, he cases the joint, then sends in professional thieves to steal the big-ticket items for him. Knelman takes us through Paul’s rise from wayward Brighton high school dropout to Rolex-sporting entrepreneurial Fagin in Thatcherite London. Knelman describes the two possibilities London offered an ambitious young hustler like Paul. The city was

a nerve centre that never shut down, sprawling, overcrowded, maze-like … a post-Dickensian urban fairytale: monstrously big, fluorescent, chemical-induced, loud, and, of course, expensive … a city where a person could simply disappear or get locked into a dreary life; pay the rent and subsist; be ground into history’s brick-grime … or you could drive in, do your business; escape; reinvent your life; live the life; make a fortune; have a fucking blast.

“I’ve never held a real job,” Paul boasts. “I’m a capitalist, through and through. Profit from pain. And I made a killing.” Knelman posits Paul’s business practice as typical of CEO decision making. Paul expands his operation by outsourcing robberies to a desperate crew he calls “bottom of the barrel” types not satisfied to scrape by as working poor. He exploits these workers by paying them just 10 percent of the value of the art and antiques they steal for him. He insures his interests by cooperating with the police as an informant to avoid prison time if caught. He evades the law by staying just under their radar, never stealing what he calls “headache art”—high-profile superstar works too difficult to unload or ransom and too famous for law enforcement agencies to ignore. He stays focused on “the prize.” His mantra is intoned by economists everywhere: “Everyone wants to make money, just like in any professional organization or company.”

Opposing art thieves like Paul is the dedicated handful of detectives and lawyers in the United States, the United Kingdom and Canada who investigate stolen art. They confirm that everything Paul tells Knelman is true. Art thieves are never suave Pierce Brosnan/Thomas Crown–type art collectors pulling off a spectacular heist for kicks. In the UK, they are agile working class sorts with few employment options and an ability to stay calm for the 20 minutes they need to break in, swipe the goods and split; in Montreal, they are ordinary Joes using stolen art to pay off their Hells Angels drug dealer.

And why wouldn’t the Angels be interested in a virtually unregulated market that transacts million-dollar deals in cash with zero accountability, no paper trail and next to no enforcement? While Quebec now has three Sûreté du Québec investigators specializing in that province’s black market art, Canada’s largest art market, Toronto, lacks even a single officer dedicated solely to investigating art theft. This seems shortsighted in view of the fact that between 1983 and 2008 alone, the LAPD’s two art theft detectives were able to recover $12 million more in stolen property than the 90 detectives the force had investigating all other property crimes. Stolen art offers criminals a better return than TVs or car stereos bearing pesky serial numbers.

Need to launder your illegal drug money? First, accept a hot painting as a down payment. Piece of cake to sell it at auction to another criminal buyer. The auction house will get a nice slice of the sale, a cool million if it is a $15 million sale, so they are going to look the other way; they can always claim they had no idea the painting was stolen. Now your hot painting has a nice, clean bill of sale from a noted auction house and has moved into the mainstream art market, destined, perhaps, for the collection of a respectable scion of the community, who can then donate it to a public institution in exchange for a fat tax writeoff. No wonder a single 2006 Quebec City drug bust turned up 25 kilos of cocaine … and more than 2,500 stolen paintings.

So lucrative has art theft become that Interpol and UNESCO now consider it the world’s fourth largest black market, trailing only drugs, money laundering and weapons. Knelman’s subjects repeatedly compare the stolen art market to the illegal drug trade and clearly understand the way the art market’s systemic corruption extends beyond the actual thieves themselves (who often profit the least) to include art dealers, gallery owners, auction houses, collectors, public institutions and insurance companies. By the time you finish reading Hot Art, it will come as no surprise that someone can walk into a museum, pop a Rembrandt off the wall and make off with it in a bike basket, or that just months after the looting of the National Museum of Iraq a curator at the Royal Ontario Museum would be approached to buy bits of the spoils.

No doubt Hot Art will eventually be made into a film. Knelman’s subject is a natural for Hollywood. His suspenseful writing has a filmic quality, and his characters could have walked out of a Raymond Chandler or Nathanael West novel. Their back stories are fleshed out through jump cuts and flashbacks and Knelman paints each locale with deft contextual details like the Skid Row street corner where, LAPD detective Donald Hrycyk explains, hospitals dump patients in their gowns if they do not have medical coverage.

It is this subtle juxtaposition of fabulously wealthy “haves” illegally profiting from treasures they have lifted with impunity against the helplessness of the ripped-off that gives Hot Art its bite. While the issue of stolen art may seem irrelevant to many (one online reviewer of Hot Art wondered, “but does the lifting of a Group of Seven painting from Sir-Lots-of-Money’s foyer affect anyone but Sir-Lots-of-Money?”), it is the average citizen who ultimately pays the cost of organized crime and the disappearance of our collective cultural heritage.

Art is arguably humanity’s oldest global commodity and modern globalization has made it easier than ever for the unscrupulous—thief, crooked art dealer or billionaire collector—to walk away with the goods. Their brazen crimes may make a colourful picture, but it is certainly not a pretty one.