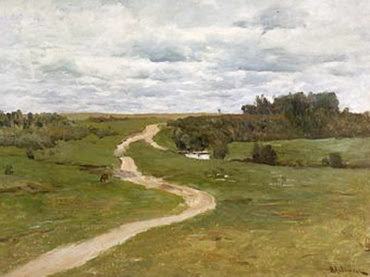 The Road by Isaak Levitan tracked down by Interpol

Russian art rakes in millions at auctions the world over, but items can turn out to be illegally exported or stolen. Right now, Interpol is searching for nearly a thousand rare objects of art that have gone missing in Russia in the last two decades.

­Moscow hopes to track down the lost treasures with the help of the world’s largest international police organization, Interpol.

In the past two decades, 250 works have been returned to Russia, including sought-after canvases by leading landscape artist Isaak Levitan, Russia’s deputy Interior Minister says.

Historical artifacts such as official decrees signed by Catherine the Great and Tsars Nicholas I and Nicholas II, stolen from the Russian State Archive, are also among the key relics recently brought home.

Interpol has a system for circulating information in the form of a database accessible not only to law enforcement agencies, but also to members of the public with access rights. Users can go through the list of most recently stolen works of art, as well as view recovered works.