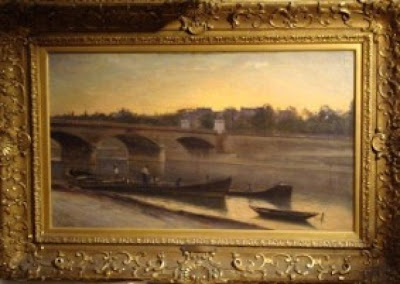 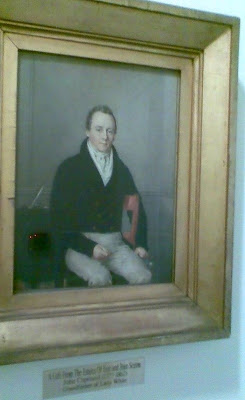 POLICE are appealing for information after a high value oil painting was stolen from a lorry on the A1.

The artwork – called Le pont d’Lena by Tanislas Lepine – was taken from a vehicle parked overnight at Barnsdale Bar near Wentbridge on Monday.

The painting, which depicts a bridge in Paris, is in a guilt frame.

Thieves have stolen a 19th century painting from the Assembly House, donated by the family which stopped the iconic Georgian building falling into disrepair.

The painting of John Copeland, who had links to Henry Sexton, who refurbished the Theatre Street venue after the Second World War, was ripped from a wall last week.

The watercolour portrait, worth £700, was wrenched from the first floor corridor where it had hung for almost six years, between noon on Thursday, November 17 and noon on Friday, November 18.

John Copeland was the great-grandfather of Joan Sexton who was married to Henry’s son Eric. Eric and Joan donated the painting to the Assembly House in their will. The portrait, painted by an artist called W. Waite in 1826, is eight inches long and six inches wide.

Secretary of the Assembly House Trust, Michael King, said: “I was horrified but unfortunately it is a sign of the times.

“It has been a place of tranquillity for some time but now it is in the centre of a busy area. It doesn’t mean anything to any one else. It means far more to the establishment.”

Henry Sexton bought the building in 1938 and redeveloped it after the war.

In 1950 he presented the Assembly House to the city as an arts and social centre.