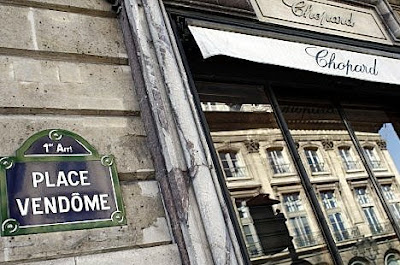 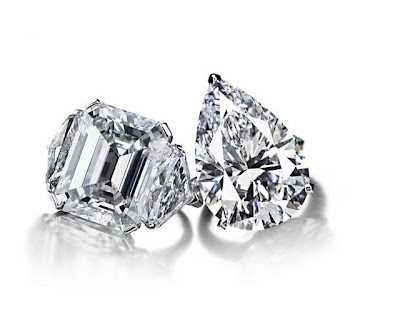 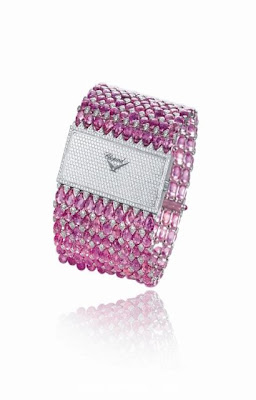 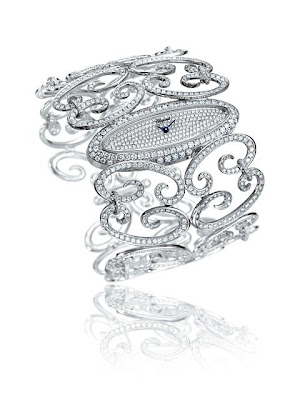 Jewels worth €6 million stolen from Paris store
Saturday 30 May 2009
http://www.france24.com/en/20090530-jewels-worth-%E2%82%AC6-million-stolen-paris-store-chopard-vendome
Jewellery worth some six million euros (8.4 million dollars) was stolen in a hold-up at the elite Chopard store in Paris's Place Vendome, police said. Suspicion fell on the international gang known as the Pink Panthers.

AFP - Jewellery worth some six million euros (8.4 million dollars) was stolen in a hold-up Saturday at the elite Chopard store in Paris's Place Vendome, police said.

The theft happened at around 3 pm (1300 GMT) at the premises near the Ritz Hotel, an official at the Paris police headquarters said, giving no details.

Chopard makes watches and jewels for the stars and has branches in most of the world's capitals.
-
In December thieves staged a record 100-million-dollar jewel heist at the Harry Winston boutique in the posh Avenue Montaigne of the Champs-Elysees.

Suspicion fell on the international gang known as the Pink Panthers.

Lone robber steals $11m jewels
A LONE robber armed with a handgun got away with jewellery worth around €6.6 million ($11.73 million) in a hold-up at the exclusive Chopard store in central Paris, police said.

The man, in his 50s, dressed in a suit and wearing a Borsalino-style hat, passed himself off as a customer to get in through the security door on Saturday before drawing his weapon, police spokesman Olivier Lebon said.

He ordered staff to give him jewels from the window display.

They did as they were told and the man got away on foot, the whole robbery having taken two minutes, said police.

"A man on his own, well dressed, who could have been a potential client, came into the jewellers, his faced unmasked, at one o'clock," said another source working on the case.

Staff in nearby stores in the Place Vendome said they had noticed nothing out of the ordinary at the time.

The theft happened at around 1pm at the premises, which are near the Ritz Hotel.

Later Saturday, only a few leather handbags could be seen in the shop's window.

The robbery took place over the Pentecost weekend, when the city centre was packed with shoppers and tourists. The Place Vendome hosts some of the world's most prestigious jewellery shops.

Chopard makes watches and jewels for the stars and has branches in most of the world's capitals. It also manufactures the distinctive Palme d'Or trophy for the Cannes film festival.

In December thieves staged a record $US100 million ($127.53 million) jewel heist at the Harry Winston boutique in the posh Avenue Montaigne of the Champs-Elysees.

Suspicion fell on the international gang known as the Pink Panthers.

On May 13 two Serbian alleged members of the gang of jewel thieves were arrested in Paris on suspicion of carrying out armed smash-and-grab raids on stores in Monaco, Switzerland and Germany.

On Thursday, a Montenegrin former soldier, believed to be a member of the Pink Panther gang was sentenced to 15 years in jail for a Saint-Tropez heist.

Dusko Martinovic was also fined $US150,000 ($A266,620) for the robbery in which he and accomplices stole €2 million ($3.55 million) worth of goods from a jewellers in the chic French Riviera resort.

The network of Balkan robbers is blamed for the theft of goods worth €110 million ($A195.52 million) in the past decade.

French police have described the group's crimes as "lightning fast hold-ups: daring, but carefully planned down to the smallest detail".

Art Hostage Comments:
A window of opportunity for Police.
As this "gimme heist" was carried out on a Saturday the jewels cannot be moved until start of business Monday.
This gives Police 36 hours to recover this latest haul from the Paris South suburbs where they are currently being held Art Hostage.
to be continued........................
-
Update:
-
News coming in the haul could be worth $20 million but authorities are trying to play down the real value.
-
A man in his fifties, wrong, grey tints that make him appear to be middle aged when in fact he was in his thirties.
Posted by Art Hostage at 6:19 pm