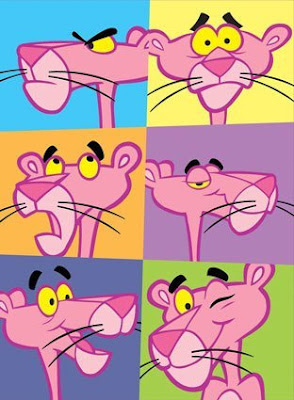 Pink Panther 'members' caught
http://www.news24.com/News24/World/News/0,,2-10-1462_2515899,00.html
Paris - Two alleged members of the Pink Panther gang of international jewel thieves have been arrested in Paris on suspicion of carrying out armed smash-and-grab raids on stores in Monaco, Switzerland and Germany.

Two Serbs, 36-year-old Nicolai Ivanovic and 38-year-old Zoran Kostic, were arrested on Monday at their discreet hotel in the Pigalle entertainment district of Paris, according to police and judicial officials.

They are being held for carrying false identity documents but are expected to face charges under arrest warrants linking them to a spectacular series of crimes in Mediterranean resorts and Alpine tax havens, they said.

Police described them as "big fish" in the Pink Panthers, a nickname given by British detectives to a network of Balkan robbers blamed for the theft of goods worth €110m in the past decade.

"Everywhere, it's the same tactics, typical of the 'Pinks'," said a French police officer, speaking on condition of anonymity. "They're lightning fast hold-ups: daring, but carefully planned down to smallest detail.

"They're experts in covering their tracks after making their getaway, sending their booty by a variety of international means of delivery, and changing their own transport at will," he explained.

The Serbs were picked up after several days of surveillance following a tip-off to detectives of Paris's anti-organised crime squad.

They are suspected of carrying out raids in the Mediterranean millionaires' playground of Monte Carlo and the chic French Channel resort of Le Touquet, as well as in Germany and the Swiss cities of Lausanne and Geneva.

International officers also hope that the pair can shed light on robberies carried out as far afield as the United States, Japan and the United Arab Emirates, where the Panthers carried out a spectacular heist.
-
Art Hostage comments:
-
Will Dragan Mikic and Jelly be next ?
-
Where will Dragan Mikic and Jelly strike next ?-
-
Were the two arrested Pink panthers sacrificed because they were too hot to handle ??
-
Apparently, Kostic and Ivanovic were out of control and several people lay dead in the wake of these Pink Panther Gang members activities.
Posted by Art Hostage at 5:01 pm