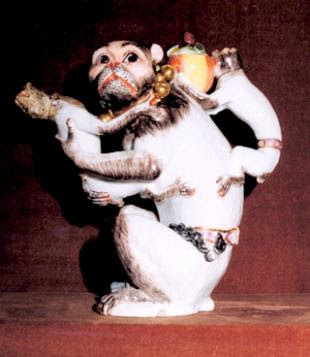 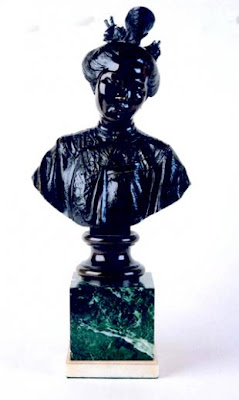 BURGLARS who made off with £40,000 of heirlooms from the Yorkshire home of David Cameron's parents-in-law stole the antiques to order for a crooked dealer, baronet Sir Reginald Sheffield said yesterday.

Sir Reginald – the Tory leader's father-in-law – believes the dealer entered the stately home posing as a paying visitor to help plan the raid.

He also believed the break-in was connected to similar burglaries which would not be stopped until the gang targeting stately homes was stopped.

Sir Reginald and his wife, Lady Sheffield, of Sutton Park in Sutton-on-the-Forest, near York, have offered a £5,000 reward for information leading to the recovery of the stolen property and conviction of the thieves.

Police were called to the estate at around 2.30-3am on Thursday after thieves broke in through an east wing window, stealing a bronze bust of an oriental woman by French sculptor Charles Henri Cordier, valued at around £20,000.

They also escaped with a monkey shaped Meissen teapot – the first European hard-paste porcelain – which was also worth around £20,000.

Sir Reginald said: "The bronze is part of a pair so we have got one of the pair and the burglars have the other, which is absolutely crazy.

"These things are of museum quality. The bronzes have been exhibited in Paris, New York and Montreal. The really annoying thing is the thieves will only have got a fraction of their real value."

He added that some of the items had been in his family for more than 100 years. The bronzes were bought 40 years ago by his mother, an antiques dealer, who died 11 years ago.

The property was insured but it was not just the family which lost out but the public who visited the house to see the fine collections, he added.

Security would be reviewed. "But it is hard to see what more we can do. We have outside and inside CCTV and alarms and a security man," Sir Reginald added.

"There has been a spate of similar burglaries in the area over the past few weeks. Apparently a lot of these items end up in the homes of collectors in eastern Europe."

Police appealed for anyone who heard or saw anything suspicious in the area or who could provide any information about the burglary to get in touch.

A police spokeswoman also warned antique dealers to be on their guard if they were offered the items for sale and to contact officers immediately. Any members of the public who are offered them for sale are also asked to get in touch.

Mixing the targets already known by UK Art Thieves, with the audacious Irish Pink Panthers as well as the ruthlessness of the Eastern Europeans is a deadly cocktail in the making.
Old Reggie Sheffield can offer a reward but lets look at what is required to get paid this £5,000 reward.
First the property has to be recovered, second the thieves have to be caught and charged with the crime, and third the thieves have to be convicted in a court of law.
If any of these conditions are not met no reward will be paid.
Next, there is an Underworld contact prepared to pass details of all the targets the Irish Pink Panthers are looking at and have not yet been robbed.
The price is reputed to be £100,000 payable on delivery of the target list.
If Police manage to apprehend the Irish Pink Panthers in the act then all well and good, but if the target list proves to be inaccurate then the £100,000 would be paid back.
Funny thing is Police have not only refused to offer any money for the target list, they have also said anyone with information who won't give it free of charge will be prosecuted for withholding information.
-
Art Hostage does not know who is on the target list.
Me thinks it is time for all concerned to forget about giving any information and also the crooks and handlers should completely forget trying to negotiate the return of any stolen art or antiques.

Lets have clear understanding, stolen art is always stolen art and must be dealt with within the Underworld.
-
Any attempt to hand back any stolen art will result in arrests and no reward, I repeat no reward will ever be paid.
The Police should be left completely alone to do what they are paid very well to do, that is investigate these crimes and solve them without any help.
Police now will embark on spending over £10 million to catch the Irish Pink Panthers and may well make a few arrests and even get some convictions.
As to the actual stolen art and antiques.
-
Very little will be recovered as is normally the case.
-
Alternatively Reggie dear boy, you can contact Charlie Hill and give him £10,000 cash deposit and Charlie Hill will go and see Jimmy Johnson and pay Jimmy Johnson £5,000 just for the interview, then Charlie Hill will come back to you Reggie and say he will be given a location where the bronze and Monkey can be found and together you and Charlie Hill will go fetch and collect.
-
In the meantime Charlie Hill and yourself will seek the permission of Yorkshire Police to make this private recovery and normally they would refuse point blank and would threaten you and Charlie Hill with arrest if you go through with the recovery of your bronze and Monkey.
-
However, as Mark Dalrymple, the King of Sting, Master of Disaster, is the loss adjuster in your case, Yorkshire Police may allow you to make the recovery with Charlie Hill.
-
When Charlie Hill and good old boy Reggie Sheffield go to the location they will indeed find the bronze and Monkey and as they take a first glance at them all hell will break loose, Police will surround them and Mark Dalrymple will declare to Police he wants Charlie Hill and you Reggie arrested and charged with paying a ransom.
-
Sounds good, lots of press reporting how Sir Reggie recovered his stolen bronze and Monkey and got himself arrested in the process.
-
Alternatively, Reggie old boy, you can sit back and hope Police stumble across your Bronze and Monkey during other investigations. Don't hold your breath though.
-
Truth is, the British Public don't give a Monkey's for you Sir Reggie or the loss of your baubles.
Posted by Art Hostage at 2:36 pm