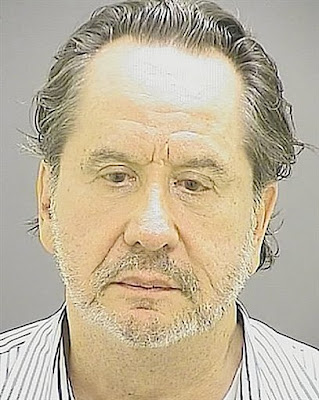 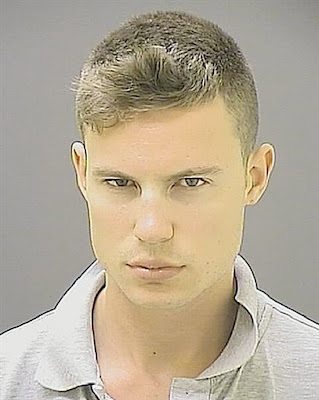 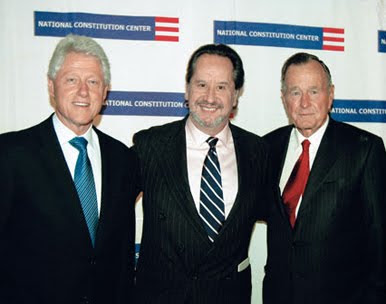 Barry H. Landau has rubbed elbows with presidents, helped plan inaugurations, and claims one of the largest collections of Oval Office memorabilia outside museums and presidential libraries. His Manhattan apartment includes a collection of china from Thomas Jefferson's inauguration and a picture of him kissing JFK's dog, Clipper.

Police say he tried to expand that collection by pilfering dozens of rare documents from the Maryland Historical Society on Saturday. Landau, whose connections reportedly bridge the Washington, New York and Hollywood elite, now sits in Central Booking and is being held without bail.

The artifacts police say he and 24-year-old Jason Savedoff tried to take during a Saturday of reviewing historical papers at the Monument Street non-profit's archives include documents signed by President Lincoln; presidential inaugural ball invitations and programs; a commemoration of the Statue of Liberty, and a commemoration of the Washington Monument.

The FBI is investigating the case with the Baltimore Police Department. The historical society declined to talk about the case, saying the investigation was ongoing.

"We're working closely with law enforcement agencies on this, and I'm not at liberty right now to talk about the case any further than that," said Burt Kummerow, president of the Maryland Historical Society.

Curators of historical collections have had to think differently about theft in recent years. Michael McCormick, director of reference services for the Maryland State Archives, said television shows like the "Antiques Roadshow" and the rise of eBay and other Internet-based auction sites have led to an increased demand for historical items. Smaller libraries and historical societies are particularly vulnerable.

"These are valuable items, held in trust for the public. There's no point in collecting if they're not available," said Michael McCormick, director of reference services for the Maryland State Archives. "But the public needs to be aware that this material is under threat, and it takes resources to protect them."

Paul Brachfeld, the inspector general for the National Archives, said institutions have traditionally put an emphasis on open access, and less on security. The former Secret Service and customs agent said the archives were falling prey to thieves, including their own employees, and decided to go on the offensive.

He beefed up security measures, and directed undercover investigators to connect with sellers on the Internet to sniff out stolen material. The archives have also become more diligent in spreading the word about missing items – something that some institutions avoid because of embarrassment – by creating a website that lists stolen items and shows pictures. Currently missing: Wright Brothers' flying machine patent, target maps of Hiroshima and Nagasaki, and a reading copy of Franklin Roosevelt's "Day of Infamy" speech. In some cases, pictures of the documents are included.

"We're under attack in so many different ways," Brachfeld said. "We have such a gigantic inventory that we didn't even know if something was stolen until you went to show it and realized it was gone."

But access continues, and thefts are nearly impossible to avoid. In 2003, President Bill Clinton's former national security advisor Samuel R. Berger walked out of the Archives with classified documents stuffed in his sock. He was caught and fined $50,000.

"It's harder to do, but if someone really wants to steal, they may get away with it," Brachfeld said.

Romaine Somerville was a curator and director for the Maryland Historical Society for about 15 years until the mid-1980s and said she couldn't recall any thefts from the society.

"One document disappeared, then reappeared mysteriously months later," Somerville said. "Another time, jewelry was taken out of a box when we were moving out of the old building or into the new one."

The jewelry was later returned via a third party, she said.

Somerville said the allegations of the weekend theft were "shocking." "It seems to me [they] should have known better," she said.

Police say Landau, of the first block of W. 57th St. in New York, and Savedoff, from the 700 block of W. End Ave., spent much of Saturday examining documents and began to attract the attention of staff toward the end of the day.

Savedoff was seen from a balcony taking a document and concealing it in a portfolio, then walking out of the library, according to police. After being confronted, Savedoff complained of stomach pains and claimed to have misplaced a locker key that he had shown officers moments earlier.

Police retrieved the key, and the documents were found inside the locker concealed in a black laptop case. Police summoned the FBI to the scene, which made copies of the documents for evidence and returned them to the Historical Society.

They are charged with one count of theft over $100,000, but the investigation is continuing. Attempts to reach attorneys for Landau and Savedoff were unsuccessful, and little was known about Savedoff.

Landau's website says he is at work on his second book, and boasts of his connections and media appearances. The Washington Post profiled him in 2005, and quoted the actors William Baldwin and Brian Dennehy, the latter who said Landau was his bridge to the White House.

Photo albums on his site show him with Al Pacino, posing with Gerald Ford and the actress Shelley Winters; with his arm around Barbara Bush, and standing next to Charlton Heston and near Frank Sinatra at the inauguration of President George H.W. Bush.

In various media interviews, the former press agent said his collection came from items obtained directly from politicians and their staff but also by watching for items at flea markets and auctions. The collection includes more than 1 million presidential items and artifacts -- including 26,000 presidential menus and invitations and the original key to the White House, which he said he spotted at a flea market on Long Island.

He told the Post in 2005 that Laura Bush had consulted him about possible themes for President George W. Bush's inauguration. When the Joint Congressional Committee on Inaugural Ceremonies needed plates for the inaugural luncheon, the newspaper reported, it turned to Landau, who has a collection of china used at Thomas Jefferson's inauguration in 1801.

Landau has also "known about 25 White House dogs since the Eisenhower administration," and his apartment is filled with presidential dog memorabilia including matching orange inaugural dog coats worn by LBJ's twin beagles, Him and Her, and a photo of Landau kissing Clipper, JFK's German Shepherd Dog," the Associated Press reported in 2009.

A preliminary hearing in the case has been scheduled for August 11.

"I only popped out for a (Sandy) Berger"

Paul Brachfeld is not a former Secret Service or customs agent. This is a total misrepresentation, which has been printed in numerous articles. It is disingenuous and an insult to legitimate Secret Service and Customs Agents.