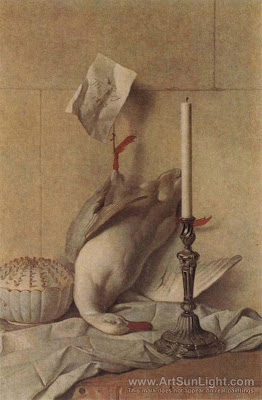 The Jean-Baptiste Oudry "White Duck" from Houghton Hall is the current topic and those who would return this artwork want to get paid for doing so.

Those who are trying to recover this artwork want to recover it without paying a single penny and Police would like to make arrests.

Reality check: Those who say they represent the Marquess of Cholmondeley or the Insurers could and should be Undercover Police and those who say they can recover the White Duck, do so in the knowledge of who currently holds the painting.

Sting operations like these are attempted all the time, its is only when they prove successful do they make the news. More often than not those trying to return the stolen art realise there is an Undercover Police Officer in their midst and quickly withdraw.

By the same token Law Enforcement would walk away if the deal made was iron clad, legally binding and authorised by a High Court Judge.

This is called the Duke of York syndrome, where parties march to the top of the hill, realise its a sting or a legally sanctioned recovery so march back down.

shrek is a good ogre