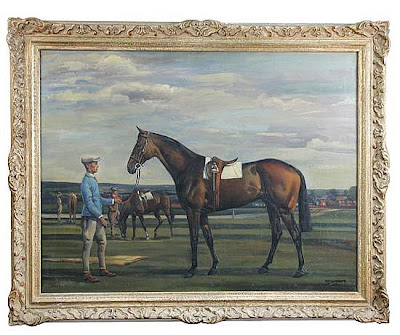 Police have sent an alert to auction houses after thieves raided a stately home near Peterborough.

Among the items taken from Milton Park was a valuable painting by Richard John Munro Dupont.

The oil painting, called Light Harvest and dating between 1920 and 1977, features a horse and is thought to be worth thousands of pounds. It was on canvas and in a gilt frame.

Burglars are believe to have targeted the 16th century property some time between July 1 and July 7. Two antique table lamps were also stolen.

Detective Constable John Harlock, from Cambridgeshire Police, said: "We would like to hear from anyone who believes they may have seen the painting since the burglary took place.

"It is of significant value and it's possible the offenders may try to sell it through an auction house."