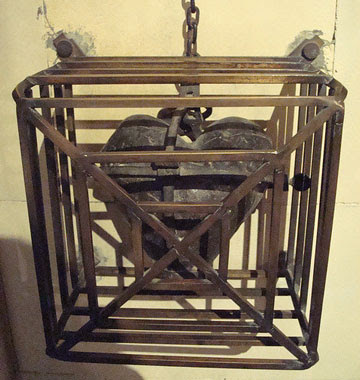 AN Irish gang, who gardai believe to be members of the Travelling community and which has been linked to the international trade of rhino horns for the Chinese market, is suspected of the theft of the preserved heart of St Laurence O'Toole.

The 890-year-old relic was stolen last month from Dublin's Christ Church Cathedral by two men, who prised open the cage that had protected the relic and had been in place since the Middle Ages.

It follows the theft of a silver press, containing a relic said to be of St Brigid, from the church of the same name in Killester, Dublin, on January 30 and the stealing last October of a piece of the "true Cross" from Holycross Abbey in Thurles. The latter was returned in January.

Gardai investigating possible links between the reliquary thefts in Ireland are understood to have established a connection with a gang suspected of involvement in the highly lucrative theft of rhinoceros horn, which is sold in powdered form as a traditional medicine in China.

As a result of the rhinoceros horn thefts, museums and other institutions around the world have been replacing their exhibits with fake fibreglass replicas, two of which apparently fooled thieves.

There are now growing concerns about the vast amount of religious relics on public display throughout Europe in the light of the theft of St Laurence O'Toole's heart in Dublin. Gardai are trying to establish if the gang have found yet another niche market for stolen relics. They are in contact with other European police forces.

The dean of Christ Church Dublin, the Very Rev Dermot Dunne, said yesterday the theft of the St Laurence relic "felt like part of the fabric of the cathedral has gone". He said it had evoked a lot sympathy among the public who had expressed the hope that it would be returned safely.

Dean Dunne said that while he was mystified as to who might have stolen the relic, he had done some research online and had found there is a market for "class one" relics, which are reputedly the remains of real saints. The markets seems to be in the Americas and the Far East.

Irish gangs have been involved in the theft of antiques for more than two generations, firstly targeting big country houses. During the Eighties and Nineties many Irish houses were stripped of antiques and examples of fine Irish Georgian silver, which were shipped to Britain and then further into Europe to be sold at antique fairs.

Some of these gangs, which target specialist markets in stolen antiques and artefacts, have links with other international gangs catering for collectors who are prepared to buy stolen goods.

A spokesman for Ecclesiastical Insurance in the UK said that the theft of artefacts and more particularly lead roof flashing from churches in England had reached "epidemic proportions" in the past three years.

TWO members of a notorious international rhino-horn smuggling gang have been arrested in Switzerland in possession of €120,000 in fake notes.

The two Travellers -- who are originally from the Rathkeale area of Co Limerick -- and their Polish driver remain in police custody as investigators there try to establish why they were travelling to France with the huge fake cash haul.

The rhino-horn gang, whose senior members are all Travellers from Rathkeale, are a major target for Europol's organised crime unit and they have criminal connections all across Europe, Australia and the US.

French police have been investigating if gang members are linked to the gun murders of two unidentified men who were discovered shot in the head and wrapped in plastic bags in a southern French town in November, 2010. Sources believe that these men had been working for the gang who are also involved in dodgy tarmacadam scams across Europe. The gang, nicknamed the Rathkeale Rovers, has developed a sophisticated network of agents and money-laundering vehicles to sell stolen horns and conceal the proceeds of those sales, which can reach up to €200,000 per horn.

The rhino horn is much sought after across the world for decoration, in the production of luxury goods and in traditional medicine, including Chinese medicine. Trading in rhino horns is illegal under UN laws as they are endangered species.

Last summer, the Rathkeale Rovers were suspected of raiding thousands of euro worth of rhino horns from museums in Belgium and France. The valuables were stolen during break-ins at a natural history museum in Brussels and from a collection in Ile d'Aix off France's west coast in July.

The Brussels theft followed a similar but failed break-in attempt in the southern Belgian city of Liege.

There have been no known robberies of rhino horns in Ireland but in January 2010 customs officers confiscated 10 rhino horns at Shannon Airport, suspected of being smuggled by the Rathkeale Rovers.

Meanwhile, sources have revealed that the two Irishmen were arrested by police in Chancy, Switzerland, on March 23.

They were in a van driven by a Polish national. Around €120,000 in counterfeit notes was found in the van when it was searched by police.

The three men were arrested and remain in custody. It is understood the two Irishmen told police they did not know the Polish van driver, and had simply 'thumbed' a lift with him and were heading towards Lyon in France to go on holiday.

However, police do not believe this story. Police suspect that the Polish van driver was working for the two seasoned criminals. Gardai in Ireland have been contacted by the Swiss authorities over the arrests.