Stolen Art Watch, Around the World of Art Crime !! 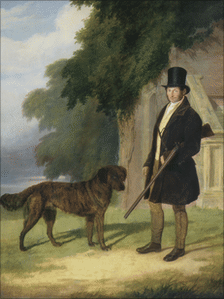 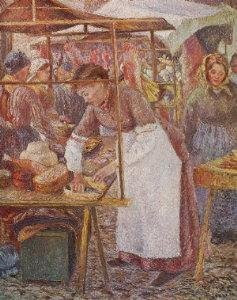 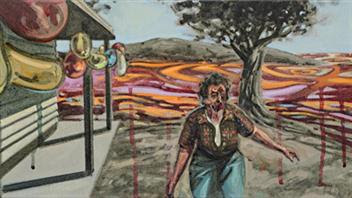 Milan - Several works of art stolen years ago in the Principality of Monaco have been recovered by the Carabinieri of Monza. More specifically, the unit involved is the Cultural Heritage Protection Nucleus. The paintings recovered include works by Giorgio Morandi and Andi Warhol. After the theft, the works had been listed in the bata banks of both Carabinieri and Interpol

Thirteen works of art owned by the government are thought to have been destroyed in attacks on the British embassy in Libyan capital Tripoli.

The works, including a 1680 engraving by Frederick de Wit, were loaned by the Government Art Collection.

The British embassy had been empty since staff were evacuated earlier in the year.

The Libyan ambassador in London was ordered to leave the UK on 1 May following the attack.

At the time, Foreign Secretary William Hague condemned the attacks complaining that Col Gaddafi had breached the Vienna Convention by failing to protect embassy premises.

The UK embassy building was completely burnt out with the works assumed destroyed but the Department for Culture, Media and Sport (DCMS) said there could have been looting before the attacks.

A spokesman said there had been "no possibility" of moving the works of art, especially given the size of some of the pieces.

While none of the works had been valued, the DCMS said three pieces were particularly significant.

They included an 1840 portrait of William Stratton, "head keeper to Sir John Cope of Bramshill Park, Hampshire", by Edmund Havell, and a 1797 Philip Reinagle painting Harrier Killing a Bittern.

Mountainous Landscape with Travellers, said to be in the style of Italian painter Salvator Rosa, was also described as particularly valuable.

Details of the three paintings had been circulated to specialist art databases in case they had been looted, the DCMS added.

Selected pieces from The Government Art Collection, which features more than 13,500 paintings and sculptures, will go on display at London's Whitechapel Gallery from Friday.

Works are displayed in more than 400 embassies and government buildings worldwide.

Area man charged for possession of$75,000 in items

WINCHESTER- A Frederick County man has been charged with possessing more than $75,000 in jewelry and antique coins allegedly stolen from a city home, police said.

Francis P. Macdonald Jr., 21, was arrested last week on charges of possessing stolen property and possession of a firearm after having been convicted of a felony, city police Sgt. Frank Myrtle said.

The burglary occurred in the 200 block of Walker Street May 25. According to a search warrant filed in the case, entry was made though a side window of the house, and the homeowner found most of the bedrooms "shuffled through."

The homeowner told police that many pieces of jewelry, watches and coins were stolen, including class rings from Handley High School and East Tennessee State University - one of which bore the homeowner's name.

According to the warrant, both class rings and other pieces of jewelry were found by police at the Gold Rush kiosk in the Apple Blossom Mall.

The warrant states that the manager of the kiosk told police that Macdonald - identified through the driver's license he provided to Gold Rush - had pawned the items there May 26.

Myrtle said that after police learned about the items at Gold Rush, they confronted Macdonald at his home in Regency Lakes - just east of Winchester off Berryville Pike (Va. 7) - and he consented to a search of his house.

According to Myrtle, police found more of the stolen items inside, as well as a handgun, and placed Macdonald under arrest.

Though no charges related to the theft have been filed against Macdonald, Myrtle said his connection with the burglary is being investigated.

According to online records, he is free on bond. He is scheduled to appear in Winchester General District Court July 20.

Family turned detectives to get their heirlooms back.

Christopher Turner, a promising cricketer from Sheffield, stole antiques from 85-year-old Peter Thurlow of Braithwell, Doncaster, and then put them up for auction on eBay on the day of his funeral.

Mr Thurlow’s family, of Rotherham, managed to track down the stolen property and bought some of it back themselves, including a valuable Prussian beer stein from the Napoleonic era which Turner hoped would help pay for his planned trip to Australia last winter.

Turner, aged 21, who plays for the Parkhead cricket team which raises money for St Luke’s Hospice in Sheffield, was employed by Sheffield firm Goldsborough Home Care as an overnight carer for sick and disabled people in their own homes, Doncaster Magistrates’ Court was told.

He also targeted a severely disabled man from Sheffield, Robert Bruce, when he was sent to care for him at night - taking three valuable antique Clarice Cliff art deco vases from his late wife’s collection.

Turner, of Blair Athol Road, Greystones, Sheffield, pleaded guilty to two theft charges and was given a community sentence because of his previous good character.

He was placed under supervision for 12 months, must complete 190 hours of unpaid work, attend a victim awareness programme and pay £85 prosecution costs.

District Judge Jonathan Bennett told Turner: “You are a young man of some intelligence and achievement but you betrayed the trust of these old gentlemen when you knew they were vulnerable and you took advantage of them.”

Prosecutor Joanne Lewis-Crooks said the beer stein was found to have gone missing just after Mr Thurlow died from pneumonia and emphysema at his home in March.

At about the same time a cleaner working for Mr Bruce spotted the vases had disappeared and they were also found on eBay, being sold for less than £65 each.

Turner’s solicitor, Geoff Flemming, said Turner had previously worked as a cricket coach in New Zealand and had the job with Goldsborough for about eight months.

He added: “What happened here was an aberration and he won’t trouble the courts again.”

A spokesman for Goldsborough Home Care of Hawke Street, Attercliffe, said after the hearing: “We empathise and apologise for the distress that this incident has caused the people and families involved and we have been supporting them through this difficult time.

“All our staff have to pass a Criminal Records Bureau checks before starting work, however, despite a clean enhanced CRB report Christopher Turner betrayed the trust of the people for whom he cared.

“We worked closely with South Yorkshire Police and Social Services to investigate this matter as a matter of urgency. Mr Turner was dismissed from Goldsborough for gross misconduct and has been referred to the Independent Safeguarding Authority in line with Safeguarding best practice procedures.”

After the case, one of Mr Thurlow’s three sons, Nigel, who lives in Ravenfield, Rotherham, said: “As long as he never works with vulnerable people again we are happy with the outcome of the case.”

Stolen artwork should go back to France: appeals court

A Manhattan appeals court this morning cited the Biblical "Judgment of Solomon" in refusing to return a stolen artwork to a woman who unwittingly bought it from a Texas antiques dealer.
The U.S. Second Circuit Court of Appeals said both buyer Sharyl Davis and the feds have "legitimate claims to the same indivisible piece of property," a 19th-century Impressionist print by Camille Pissarro.
But unlike the two prostitutes who argued over a baby in the First Book of Kings, "neither party has blinked," so the three-judge panel awarded ownership to the Manhattan U.S. Attorney's Office, which plans to return the monotype print to the French museum where it was swiped in 1981.

The unanimous ruling rejected arguments by Davis, an interior designer, that Pissarro's "Le Marche" was worth less than $5,000 -- the statutory minimum under the National Stolen Property Act -- when it was smuggled into the United States.
Davis' company paid $8,500 for the 6-by-8-inch artwork in 1985, which Judge Gerard Lynch called "strong evidence that it was valued at or above $5,000" at the time of its illegal importation.

The feds seized the print -- which a thief snatched off the wall of the Faure Museum in the French Alps -- when Davis tried to auction it off through Sotheby's in 2003.
Today's ruling also upheld a decision to deny Davis's lawyer, Barbara Hoffman, more than $125,000 in legal fees and expenses for her failed efforts to recover the 1884 masterpiece.
Hoffman didn't immediately return a request for comment.

A flight surprising reception at the villa of the city of Pau. Six Paintings are gone. A complaint was filed by the city.

Presented by the Museum of Fine Arts in Pau last twenty years in the villa of receipt of the City of Pau, the six tables were used as decoration in the halls of honor. On May 17, the services of the Town Hall notice their disappearance. A complaint was filed by the City of Pau.

Their value is important: 59 000 estimated by the municipal services. Police opened an investigation, while the Museum of Fine Arts has recovered the other tables that were still on deposit at the Villa St. Basil's.

A bronze statuette and two paintings were stolen on May 21 near the Prairie Street in Lower Edmonton.

The works are worth a few thousand dollars. These are two paintings by the artist Thierry Arcand-Bossé and sculptor Jean-Pierre Morin.

Sandra Dion of the Quebec City police said the owner of the works was left unattended several times. "The person wanted to carry these works of art here, so for a few moments, she was left unattended for his works back to his apartment. That when she returned she found that they were already extinct. "

Both paintings measure 23 cm X 43 cm and the bronze statuette like a grape.