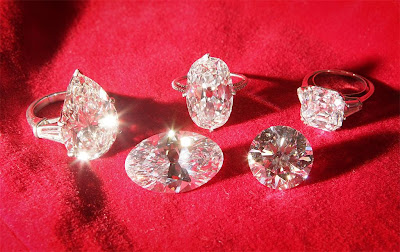 PODGORICA, Montenegro (AP) — Montenegrin police say they have arrested an alleged member of the international gang of jewel thieves known as the Pink Panthers.

The police identified the man as Igor Jocic, a citizen of neighboring Serbia. They said he was trying to cross the border between the two Balkan states. They did not specify the alleged crime he has committed.

The members of the gang are believed by Interpol to be from Balkan countries. They are the prime suspects in a series of thefts that have netted over $175 million of jewels and watches over the past decade in Europe, Asia and the Persian Gulf.

The Pink Panther gang is named after the 1963 movie starring Peter Sellers as the bungling Inspector Clouseau.

A suspected member of the "Pink Panther" gang of international jewelry thieves has been arrested in Montenegro in line with a Swiss arrest warrant, police said Monday.

A Serbian citizen, Igor Jocic from Belgrade, is wanted by Swiss authorities over a robbery, police said in a statement.

Jocic, captured as he tried to enter Montenegro from Serbia, was detained pending his extradition, the statement said.

According to the media, the Pink Panther group is made up of 60 people originating from the former Yugoslavia, half of them believed to be from Montenegro.

They have been linked with the robberies of more than 120 jewelry stores worldwide.

The gang was given its name after British detectives found a diamond ring hidden in a jar of face cream, recalling an incident in the 1963 comedy film "Pink Panther" starring Peter Sellers.

For those interested in the definative history surrounding the Pink Panthers see this remarkable insight by David Samuels in the New Yorker:
http://www.newyorker.com/reporting/2010/04/12/100412fa_fact_samuels

A Reporter at Large

A tale of diamonds, thieves, and the Balkans.

A Reporter at Large

A tale of diamonds, thieves, and the Balkans.