Stolen Art Watch, We've Had The Cowboys, Now For The Indians !! 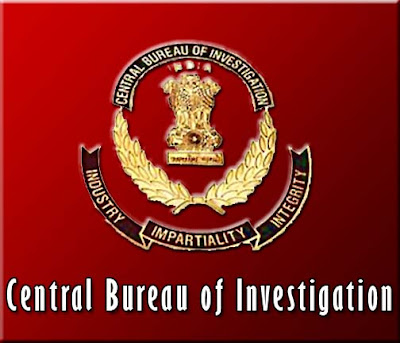 The crime history of India
http://www.business-standard.com/india/news/the-crime-historyindia/438632/

Not many people who have seen Raja Ravi Varma’s masterpieces like “Mohini”, which depicts a lady on a swing, and “Dattatreya” and “Riddhi Siddhi”, which portray Ganesha with his consorts, at Delhi’s National Gallery of Modern Art (NGMA) know that these prized works of art were nearly lost forever. About nine registered 19th century paintings by the artist from Kerala who died in 1906 were recovered by the Central Bureau of Investigation (CBI) in 2003 after a raid in Delhi. After the recovery, the paintings were initially kept with CBI but later given to NGMA where, it was felt, they belonged. What is left with CBI now is images of those paintings which the bureau has proudly displayed in its newly-inaugurated gallery along with the story of how the agency has proved to be the “savior of national heritage”.

The CBI gallery, located on the sixth floor of the bureau’s swanky new 11-storey headquarters, has many other stories to tell and treasures to show. Among them is Kal Bhairav, the 18th century stone artifact featuring a male head with curly hair. This, too, was stolen before CBI recovered it in 2009. The image of an 18th century nutcracker in metal depicting a horse head with big open eyes and a pair of teeth on the upper and lower jaws also adorns the gallery wall. This artifact was recovered from Delhi. Another 19th century antique, a copper water jug with an elephant, was seized in 2005. The originals, like several other seized antiques, are now at the CBI museum in Ghaziabad. A few antiques are also under lock and key at the CBI maalkhana (strong room).

Antiques smuggling, though illegal, is big business in India. Over the years, CBI has recovered hundreds of paintings and ancient stone and metal sculptures. Many of these treasures, often stolen from remote temples in the hills, land up in warehouses in Delhi and Gurgaon, to be smuggled out or illegally auctioned. In 1980, 47 antiques were seized from Delhi. In 2008, the sculpture of Dancing Ganesha was recovered from a warehouse in Delhi from where it was to be exported illegally.

“Another antique stone sculpture seized in 1990 had been put up by the accused on the Internet for sale,” recalls Dharini Mishra, chief information officer, CBI. That was 20 years ago and the man probably didn’t realise that investigating agencies — CBI has a dedicated Antiques Wing to which the police turn when a theft of significant value is reported — had also started tracking thefts on the Internet.

“Many of these recoveries were made during the tenure of Archana Ramasundaram, the first woman joint director in the CBI,” says press information officer R K Gaur who was part of the team that researched such recoveries made by the bureau. Ramasundaram is also part of CBI’s gallery in a section titled “Down Memory Lane” where black and white pictures of some landmark events, like the inauguration of CBI academy in 1996 and the passing out parade of the first batch, are displayed.

Recovered antiques form but one part of the gallery, the walls of which also speak of CBI’s history, its landmark cases and its memorable moments. The first picture to greet a visitor is that of Khan Qurban Ali who headed the organisation, which was then called Special Police Establishment, from 1941 to 1947.

The first big case which the bureau has displayed in the gallery is that of the brutal murder of Deendayal Upadhyaya in 1968. The president of the Bharatiya Jana Sangh — now the Bharatiya Janata Party — was murdered while travelling by the Sealdah-Pathankot Express. His body was found close to an electric pole near the tracks at the Mughalsarai railway station by a leverman. Chilling images of the Bhagalpur blindings in Bihar where the police blinded 31 undertrials by pouring acid into their eyes, the funeral procession of the murdered Harcharan Singh Longowal in 1985 and the trail of destruction left by the Bombay blasts form another part of the gallery. The iconic image of armed troops sitting in jeeps at some distance from the hijacked IC-814 aircraft leads into a brief history of the 1999 Kandahar hijacking.

But it’s the white-collar crimes and scams that occupy a major portion of the gallery where cases handled by CBI are displayed. There’s the Harshad Mehta case of 1991, the fodder scam of 1996 in which Lalu Prasad was named, the DDA Scam of 2002-03, the Stamp Paper Scam of 2004, and the more recent Satyam Scam of 2009. One entire wall is reserved for the Rajiv Gandhi assassination case, from the blast to the charge sheet and the conviction.

The agency also has an “Interpol” section which gives a glimpse into how CBI coordinates with international investigating agencies. “We are linked to 188 countries across the world through a secret communication network called I-24/7. It allows us to send messages and top secret information to all these countries simultaneously at the click of a button,” says N S Kharayat, assistant director (Interpol), Narcotics Control Bureau.

The gallery was inaugurated on April 30. “It is open to visitors coming to the CBI headquarters,” says information officer Gaur sitting down to write in a register. “Officially, you are the first visitors.”