Stolen Art Watch, Down The Hatch !! 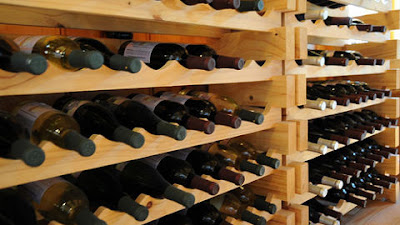 The Metropolitan police are appealing for information after vintage wine worth up to £1 million was stolen from a warehouse in Bethnal Green in east London.

A worker at the warehouse, located under railway arches in Cambridge Heath Road, dicovered the break-in on Sunday morning.

Thieves broke through a padlock on the main gates and bent a shutter door to gain access to the warehouse, having disabled alarms and CCTV cameras.

The raiders used a forklift to fill pallets with about 400 cases of mostly vintage wine, and are belived to have used three vehicles to make off following the theft — two white transit-style vans and a lorry with a brown cab and blue sides.

Investigating officer Detective Constable Ash Rossiter said: “The stolen stock is rare and valuable. We would ask anyone with information or who is offered these goods for sale to contact us as soon as possible.

“It may be the aim of those who have stolen it to try to sell it to private collectors or auction houses.”

Some of the wine stolen was owned by private investors, one of whom has offered a £5,000 reward for the return of some of the stolen stock.

Two men aged were arrested yesterday, Wednesday May 25, on suspicion of burglary.

German Lawyers in the Frame
This theft is a mystery, still: in July 2008, eight images and a vase in the value of one million euros from the lamp Bank may disappeared. Twice already, wrong helpers wanted to return the works. But that was so far no light in the dark. The second case comes shortly before the District Court.

Shortly after the audacious coup, two Düsseldorfer lawyers had declared that they had contact with a man who knows where the stolen paintings and the vase. He showed photos of the pictures. To prove that the recorded after the theft, a current newspaper be there shown. The man demanded 300,000 euros for a return of the images. The lawyers offered as a mediator, called 8961 Euro fee for this.
The Bank gave up the dubious business, went to the police. The determined against the lawyers, the man who allegedly owned the images, and a middleman. The investigation against them were dropped, his exact involvement was not determined. The case against one of the lawyers ended with a circulation of money of EUR 18 000. His staff received an evidences, is sentenced to six months on probation. There will be a process only for the man with the photos. Whether he actually knows where the stolen images are, then maybe shows is on 27 July.
Still, the case against a 44-Jährigen, which should also have tried to make money from the theft is open. According to the indictment, he has requested EUR 10 000 for this that he will lead the Bank to the images. He denies that. The investigators now await feedback from France. There, a friend of 44-Jährigen should be asked whether he made the fraudulent phone call.
Posted by Art Hostage at 3:56 pm