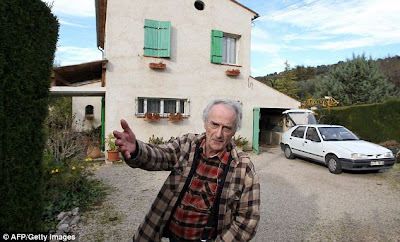 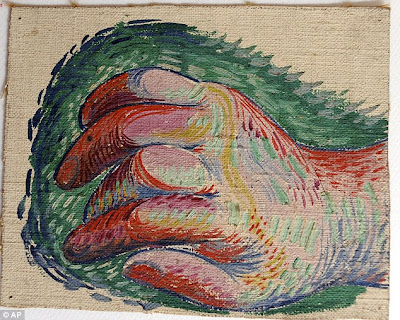 $80m In Lost Art May Be Returned To Picasso Family

As reported last December that 271 undocumented works by Pablo Picasso estimated to be worth at least €60 million (£50 million) were discovered in the South of France. Pierre Le Guennec, a retired French electrician and his wife revealed that the paintings drawings and prints, a gift from the artist, had been stored in a garage for over 30 years. The former security system installer, who once worked for Picasso, in his home on the French Riviera, claims that the treasure trove was a gift to him from Madam Jacqueline Picasso, with the knowledge of the master. The estate has other thoughts and the works were seized, pending a lengthily court battle.

The couple have now been arrested and charged with handling stolen goods and face up to 10 years in prison if convicted of the crime.The mystery began when Claude Picasso,son of the artist and head of the foundation named after his father received a letter from a man who said he owned original Picasso pieces and wanted to have them verified for authenticity.Picasso convinced the man to bring the collection to Paris, saying he would be unable to verify it from photographs. The man arrived by car with the paintings in a suitcase and laid them out on a table.“I felt a great surprise, naturally, lots of emotion at the discovery of pieces with which we were not familiar. But also a deep disturbance,” he told French daily Liberation. “Many of these pieces were not dated, which means they never should have left the studio.” The cache, dating from the artist's most creative period from 1900 to 1932, includes previously undocumented notebooks, sketches, plus nine Cubist collages said to be worth €40 million. (£34 million)

Claude Picasso stated, 'To give away such a large quantity, that's unheard-of. It doesn't hold water,' Catherine Bonnici, clerk to the judges at Grasse Criminal Court, confirmed that the Le Guennecs would appear in court later this month. ‘All of this happened nearly 40 years ago, and key witnesses, including Picasso and his wife, are now dead. Technically we are dealing with a maximum prison sentence of 10 years, but it’s going to be a very difficult case to prove.’ Picasso produced more than 100,000 works of art during his long career, but hundreds have been listed as missing, either because they were misplaced, given away or stolen. The estate is now one of the most tightly controlled art industries in the world.

A French couple, aged 71, has been charged with stealing 271 Picasso paintings. The paintings were found in the couple's garage and were only found because the couple actually contacted the Picasso estate to get the painting evaluated for authenticity.

It appears that not all of the paintings were stolen, as the couple told police that Picasso and his wife, Jacqueline, gave him the paintings while Picasso was still alive. But there were Picasso paintings found that are known to be stolen from another location.

It sounds like the couple didn't know that some of these paintings were stolen when they acquired them, otherwise why would they contact the estate to verify their authenticity? Unless, due to their age, they had forgotten that they had stolen the paintings or received them illegally. Either way, it will be nice to see the paintings go to the right owner, and the rest be displayed the way they should be for the world to see.

The plot thickened with the addition of a document from 1983 provided by the Picasso Administration, ten years after the supposed "gifts," which proved that Picasso's wife Jacqueline had given 540,000 francs (about 150,000 EUR today) to Le Guennec. The Le Guennecs had not disclosed this gift to investigators when it was discovered.

In addition, authorities have expanded their investigation of Le Guennec's late cousin Maurice Bresnu, Picasso's last driver, who himself had possessed over a hundred of his employer's works. Police seized several works from a recent sale of Bresnu's collection in early June. Le Monde reports that authorities have found "no link" between the cases so far, but notes the unusual connection.