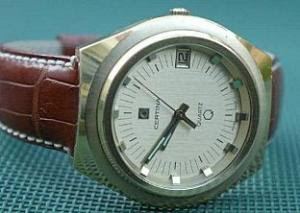 Thieves have escaped with £1 million pounds worth of jewellery and cash after a burglary in Leatherhead.

A catalogue of highly valuable and sentimental items were taken from the home, the location of which has not been released for security reasons, sometime between 1.30pm and 11pm on Sunday, June 12. A pair of chandelier platinum diamond earrings and a five carat diamond platinum ring worth £140,000, a vintage gold Rolex man’s watch with a thin gold strap and gold face, worth around £50,000, a pair of round stud two carat diamond earrings which match the stolen ring, worth around £10,000, and a £6,000 gold Cartier chain and pendant were among the items taken from the house.

A number of diamond rings, worth several thousand pounds each, were also taken including one in the shape of a panther and one set with a ruby, along with a further pair of expensive earrings.

Many of the items of jewellery were unbranded and bought from private jewellers in recent years.

Burglars also stole a number of silver and gold coins in red boxes which would be easily identifiable to the owners, several pairs of men’s designer jeans and a large amount of foreign currency and sterling.

A dark coloured Ford Fiesta with five men inside was seen driving around the Leatherhead area at the time of the burglary.

An investigation is currently underway to determine how the thieves gained entry to the home.

Detective Inspector Dave Cooper said: “This type of burglary is incredibly rare, and we believe the victims were specifically targeted.

“The jewellery is hugely valuable and would be easily identifiable to the owner.

“I am appealing to members of the public to come forward with any information which could help us catch the person or people responsible and reunite the owners with their possessions.

“I also am appealing to jewellers, pawn shops, auction houses and even the man down the pub, if you are offered beautiful, expensive diamond, gold and platinum jewellery at a bargain price, then think twice, as there is a chance it came from this burglary.”

Collection of 63 rare watches stolen in daytime burglary in Barnes

Rare watches worth tens of thousands of pounds have been stolen in a daytime burglary.

Timepieces taken from the Barnes house included a gold-plated Fulgor alarm watch, of which only 50 have been made, a 1956 Rolex Precision and a very rare 1970 Stowa Seatime with a green dial.

Thieves also made off with a 1975 Certina 18k gold watch, which home owner Michael Stuffler, who has been collecting watches for 25 years, inherited from his father.

Police were called at about noon to the Mr Stuffler's home in Berkeley Road, after he returned on May 14 to find two men inside his house. It is believed they broke in through the rear doors.

A total of 63 designer watches and a limited edition Gucci Sloaney bag were also taken by the men, who made their getaway on a scooter stolen during a burglary in April.

Mr Stuffler said: "I have been collecting watches for 25 years which is a long time.

"There have been some really rare pieces and some with sentimental value.

"Two of the watches were given to me by my father who died two years ago and there was one which I bought for my wife when we got married 26 years ago."

The devastated watch collector said he had been trawling internet sites Ebay and Gumtree to see if he could find any of his stolen watches for sale.

The news of the theft was discussed on the internet site Rolex Forums, where watch enthusiasts expressed their sympathies.

One message by forum writer Ally said: “This is terrible. I hope they catch whoever’s done this. It’s quite a collection.”

While watch-fan Numismatist wrote: “This is really sad. I hope it all works out. It’s not so much the watches, it’s all the care and time taken to amass the collections and all the energy put into that.”

One of the burglars was about 6ft and slim, while the second was 5ft 7in and stocky.

Both were wearing black motorcycle helmets and dark clothing and escaped on a grey Aprilia scooter with the registration RX55 XEU, which had been reported stolen from Well Lane, East Sheen, on April 27.

Detective Constable Peter Duke, of Richmond CID, said: “The stolen items are distinctive and particularly identifiable. I am also keen for information relating to the stolen scooter.

The watch shown was stolen in Barnes on 14 May 2011 and not in Leatherhead. For more info and pics see http://s1101.photobucket.com/albums/g439/StoleninLondon/

I agree with the statement of Mr. Anonymous, that watch was stolen on 14th May 2011 from Barnes..