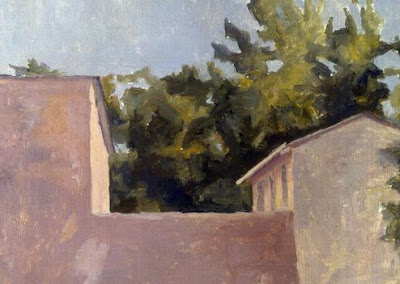 The widow and the monte-en-l'air

A band of thieves was arrested in Italy in possession of a fabulous booty: a dozen paintings by masters stolen at a rich Monegasque resident.
The arrest is worthy of a scene of worship of the film the adventure, it is the adventure. Lino Ventura and Aldo Maccione, is as random a banal traffic that the criminals of history are on the take. None of the two had however the presence of mind to exclaim: " I've stolen the car! " in tribute to the film or to justify the strange loading that authorities have found in their vehicle. Motorists however found another excuse tasty, although somewhat credible.
May 28, the Italian carabinieri stop the car on the outskirts of the city of Monza, near Milan. On board, two 46 men and 50 years. None of them a licence, insurance is not in good standing. Especially, a table is hidden in the trunk luggage. Not any one, since it is a still life of Italian painter Giorgio Morandi, figure figurehead of the artistic current Novecento, estimated cloth to €200,000. " A gift ", swear the thieves as an explanation. Their version does not convince the police, as the two men were not the first communicants CV: one has already been convicted for fraud and the other is fresh out of a prison where he was staying to " offences against the heritage ". Taken information, Morandi canvas is listed in the file of the works of art sought by Interpol and its flight was reported by the public security of Monaco in March of this year.

Ten paintings of masters in a suitcase

Because of this, investigators go back the trail of thieves from tables to Albenga, a town of Liguria close to the French border. There, in a Court of building angle, they discover a container. In celuiu-ci, various creams and objects of all kinds, a red travel brand Samsonite suitcase. In the suitcase, a great booty: a dozen paintings by great masters of the 19th century, unique pieces that have been around the world to be exposed in many museums, as evidenced by labels for famous institutions always glued to the back of their executives. Packed in luggage, investigators are updating the other four still lifes for Morandi, two paintings of Andy Warhol, representing the first President of the People's Republic of China, Mao Zedong, a table of the Cubist painter Fernand Leger, dating from 1935, a painting by the Italian Virginio Ghiringhelli, a portrait of wife of Balthus, and two ethnic Japanese and Indian of the 19th century paintings.
A batch of masterpieces of painting estimated at 2.5 million euros. Small paintings, mostly, " certainly chosen for their reduced dimensions that make it easier to transport and for their inestimable artistic value ", explains Captain Andrea Ilari, Commander of the brigade responsible for research. " This is not easy to sell works, he continues. They are easily identifiable and traceable, with labels on their back, which testify to their passage in the most important European galleries (including the Tate Gallery, London). »

It is certainly because they had found a buyer for the Morandi that two Italians took the risk of transporting the table in a car. According to the Italian police, it would be an isolated act, unrelated to an organized network. The two men complained were arrested, and their alleged accomplice, a Romanian of 36 years. But the most surprising is that the whole of the collection would have been, according to the journal Monaco-morning, stolen without breaking at a single location: the remains of Paola Folon in Monte Carlo. The Lady is not anyone: widow of Belgian artist Jean-Michel Folon, famous for its posters and his watercolours, she is also the daughter of Gino Ghiringhelli, Director of the famous Milanese Il Milione Gallery and friend of Giorgio Morandi. Great aware of contemporary art, Paola Folon has a very important personal collection. A collection of which it would be so proud that she could not do otherwise that talk, believes the Italian press on the basis of an indiscretion of police. Absent from his home at the time of the flight, the collector should his misadventure to his inability to keep its language, the same source which States that " his pre-race have been fatal ."».
Posted by Art Hostage at 11:51 pm