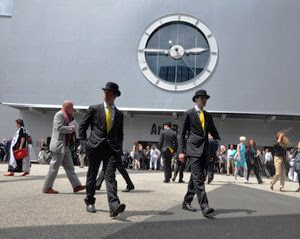 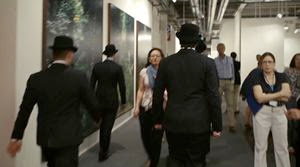 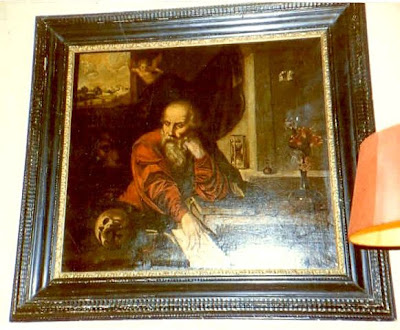 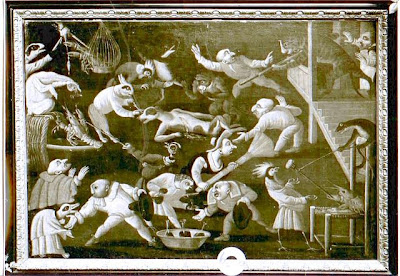 Upper Austrian police are investigating after paintings and various valuables were stolen from an elderly woman’s house at the weekend.

The criminals broke into the villa in Seewalchen on Saturday night when the owner – a 65-year-old widow – was out with a friend.

The burglars took a painting understood to be created by students of Dutch master Hieronymus Bosch, Buddha statues, precious dishes and other valuables. The stolen items are worth 700,000 Euros altogether, according to reports.

Brazen theft of art at the Attersee, Austria

As the owner of the Manor House "Office of court" in Seewalchen stayed away, unknown acknowledged out their property.

naughty Art thieves are likely to have made ette prey at night to Sunday when the Manor House "Office of court" in Seewalchen am Attersee. The Fang turned out finally but yet less lush, than first thought: one of the stolen works of art - a painting with biblical scene - not, is as feared, to an original portrait of the Dutch master Hieronymus Bosch (1450-1516), but only to the work of one of his students.

Spied
The unknown seem by a park and a high wall surrounded property, as well as the habits of living alone owner in advance to have explored this. You beat to the widow of 65 left her plot for several hours. As Gertrude late at night was t. returning home, she met to none of them more. She noticed but the intrusion tracks and alerted the police.

"The perpetrators have committed probably the coup between 8 pm and midnight, while the owner with a friend has been on the road", confirmed by the police Schörfling Christian Zaunrieth.

The Executive is based on a contract theft. A total seven paintings, two Buddha statues, several pieces of different harness collections and two clocks to be stolen.

"The owner did unfortunately not too hard the thieves", emphasizes Security Director Alois Lißl. The works of art were not backed up by an alarm system, yet there will be a documentation to the respective Beutestücken.

The burglars were able to search in all rest rooms for antiques and preparation for the removal. "As an escape car, they probably have a small truck or"
"A great car station wagon used", explains Lißl. Corresponding tyre prints were seized. The perpetrators are expected to have left DNA evidence also

No entry to the Castle: Next up to the front door not coming

LAKE WALCHEN. After the art theft in the Office, experts examine whether the prey is valuable exhibits. The reclusive living owner speaks of a damage of 700,000 euros.

As reported, unknown perpetrators have captured pieces of art from the building as a Renaissance Castle in the night on Sunday. (56): 700,000 Euros worth according to lock owner Gertrude Tymcio. The police assumes "cautious estimates" a total damage of €100,000. The value of the Diebesbeute can be not estimated currently, because the individual pieces of painter nor time period could be associated with, according to a press release of the Department of security. As was now well known, it is the stolen painting at one of the work of an anonymous painter of the 18th century. The value is according to Upper Austria's security Director Alois Lißl about 30,000 euros. There are about 20 art theft according to Lißl annually in Upper Austria, Austria. About one-fifth of the spoils reappears.

By Amtshof owner Gertrude Tymcio, it is little known in the community. It should be a great animal friend. Even for the community, it is difficult to come to the widow in contact. A Seewalchner interested in local history wanted to view the official court some years ago and take photos from the chapel. "More than up to the front door I came never", says the chronicler. That of works of art is "some" is regarded as open secret in the village. On the value of which nobody knows but correctly. Because the owner derives no visible revenue, the rumor going around that could have sold the one or the other piece from the collection in the past.

It happened earlier this year. Police say that on Feb. 23, 36-year-old Anthony S. Dockwiller showed up at The Roundhouse on Brownsboro Road, near Rudy Lane, and sold the antique model trains to the store.

The Roundhouse is a hobby shop that specializes in antique model trains.

Dockwiller's father had reported the trains stolen days earlier. According to police, he eventually visited The Roundhouse and found his train set. Since Dockwiller had to display his ID to store employees before he sold the trains, it was easy to identify him as the seller.

Police were called, and Dockwiller was arrested Friday evening, shortly after 6 p.m., on an arrest warrant.

He was charged with receipt of stolen property of a value in excess of $10,000.

Photos of jewelry stolen on the canvas

The Geneva police publishes online the photos of the seven kilograms of jewelry seized on a network of thieves and receivers of the Balkan survey. Nine people had been detained following an operation in a bar in Eaux-Vives, end of April.

(TTY) The victims of burglary and theft are invited to visit the Service Web page jewellery of the judicial police to the address www.ge.ch/police/nous-recherchons/bijoux-voles-saisis, said Monday the judiciary. Attorney Gaëlle Van Hove will thus determine the criminal origin of the jewellery and luxury watches likely stolen from Geneva and surrounding area since 2009, or even before.

The survey found that more than six kilos of gold, mainly jewelry, were sold to smelters. The network is also accused of stealing clothes of luxury since the year 2010, Geneva, but also in the Switzerland, France and Belgium.

Four of the members of this so-called organization are still held. Most of the defendants are accused flight band and by trade and possession of stolen property by profession. The network was located in the "Niki Bar", in the neighbourhood of the Eaux-Vives.

Most likely mix tricky thieves at the art 42 with - the art fair Art Basel opened on Tuesday this week the gates.

Rumored professionals trying now to commit - this on 15 June an art theft. It is not yet clear whether works of art were stolen.

An eye-witness (B. Eisenring) reported: "A confusing game with the Securitas and 30 to 40 equal dressed gentlemen was suddenly." "You were all wearing a melon and the same SuitArt suit." Different images support the rumors. The story reminds much of the film ' the Thomas Crown affair' with Pierce Brosnan. It is in the film the tricky art theft, the Thomas Crown to have committed. The exhibition management published so far still no opinion
Posted by Art Hostage at 4:51 pm