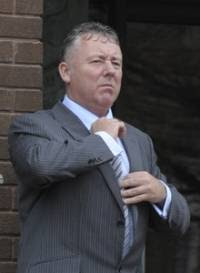 An antiques valuing firm is a cover for theft, police have warned.

Burlington Galleries, of Dyke Road Avenue, Brighton, is believed to be a cover for a “knocker boy” scam to steal old people's heirlooms.

The firm appears to share its address with another business, Westdene Galleries, run by Lee Collins, a convicted thief who was jailed last year for tricking a pensioner out of her grandmother's jewellery.

Mr Collins has denied making calls in areas where alarm has been raised, and said he has not done anything wrong.

The Metropolitan Police has advised people to avoid Burlington Galleries after its name appeared on leaflets distributed in Westminster offering free valuations for antiques.

A statement from the force said: “Police believe this to be a cover for a scam preying on elderly victims whereby the perpetrators con their way into vulnerable resident's homes and steal high value goods, antiques and jewellery.”Sergeant Chris Sadler said: “The advice from you local team is to avoid this company or any individuals connected with it at all costs and do not believe any information received about them.”

Steve Green, of Callon Close, Worthing, contacted The Argus after receiving a phonecall from Westdene Galleries asking if he had received one of its leaflets.

He searched for the name on the internet and found an Argus article reporting Mr Collins's sentence for theft last year.

When a man arrived on his doorstep with a brochure, the caller denied the report had anything to do with him and left.

Mr Green then found a photo of Mr Collins and believes he was the caller.

When The Argus rang Mr Collins, he said: “If there is a crime committed why don't they come down and arrest me? I can assure you I'm doing nothing wrong.

“Tell the police to make an appointment and come and see me.

“They are more than welcome to come and see me any time.”

Detective Inspector Bill Warner, of Sussex Police, said: "I do not believe there is a problem with knocker boys operating in Brighton and Hove.

“I would however say that people should always be wary of dealing with people at their door.

“Should there be an offence reported to us we would thoroughly investigate it.